BDO announced the merger of Sungto with BDO E-Hyun Accounting Corporation, effective from March 29,  2019. The newly-merged firm will operate under the name BDO Sungto-Ehyun LLC with John G.S. Park as its CEO.

While Sungto’s revenue has seen double digit growth since 2000, BDO E-hyun, with its expertise in tax service, also achieved 20% annual growth over the previous 10 years since its foundation in 2007.

Through this merger, the firm has become an independent member firm of BDO International Limited, the world’s 5th largest accounting network.

This merger is considered exceptional in the Korean professional services environment because it is a merger of organized single firms rather than a combination of independent firms with multiple teams. Besides, it is a very positive development as the government is in the process of reforming the accounting profession to improve audit quality and it is likely to trigger additional merger activity.

Having access to BDO’s expertise globally will allow the newly merged firm to expand its service offering to include domestic companies investing in overseas markets and to deliver balanced growth across all service lines, including advisory and corporate finance. Its growth ambitions include reaching a headcount target of 500 professionals by 2025, together with revenues of KRW 150 billion.

John Park, the new CEO, comments: “Until now, Korean companies have lacked choice when seeking the right accountancy advisers for them, due to independence requirements and to dominance by our larger competitors. I am very proud to be leading a new and dynamic firm with a clear vision and strategy and which is now a very strong contender in the Korean market”.

Stephen Darley, BDO’s CEO Asia Pacific, adds: “This is a very pleasing development for BDO in Korea. The merger will add significantly to its audit credentials, particularly those required by the local regulator (FSS), placing it in good stead to benefit from the recently instituted mandatory audit rotation. The merger demonstrates the power and recognition of the BDO brand across Asia, which will assist BDO in Korea in achieving its ambitious growth targets and in providing a continuous quality service to its clients.” 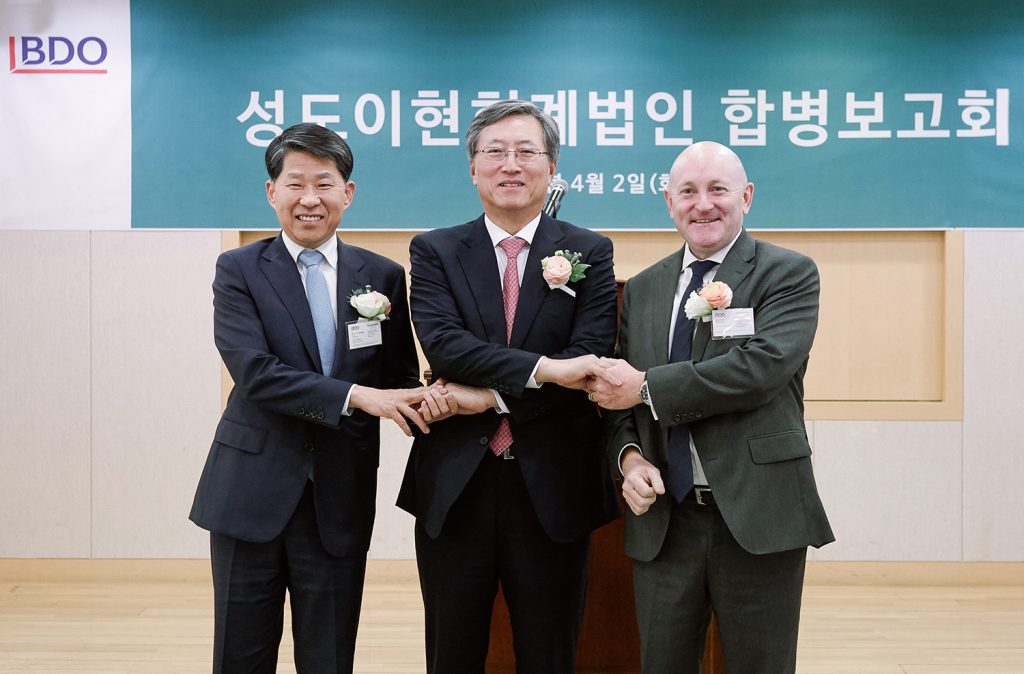