On May 19, the ECCK IPR Committee conducted its IPR Awareness Campaign at the 14th Global Gathering organized by the Busan Metropolitan Government. The Global Gathering is an annual international event organized in Busan, attracting around 30,000 visitors and 200 promotional booths.

As part of the event, ECCK conducted an IPR campaign to enhance awareness on the economic benefits of intellectual property and displayed a wide range of counterfeit products to inform the public of their negative consequences to society and to individual consumers. The booth attracted a large crowd as ECCK and volunteers explained the dangers of the counterfeit goods, common traits of fake goods, and why intellectual property is a driving force for economic growth. ECCK was supported by the Korean Institute of Intellectual Property, which recently published a study about the economic benefits of IP: https://ecck.or.kr/ip-intensive-industries-have-tangible-impact-on-economy/.

In addition, ECCK conducted its annual survey to measure consumers’ perception of counterfeit goods and will publish the results of the such in June. 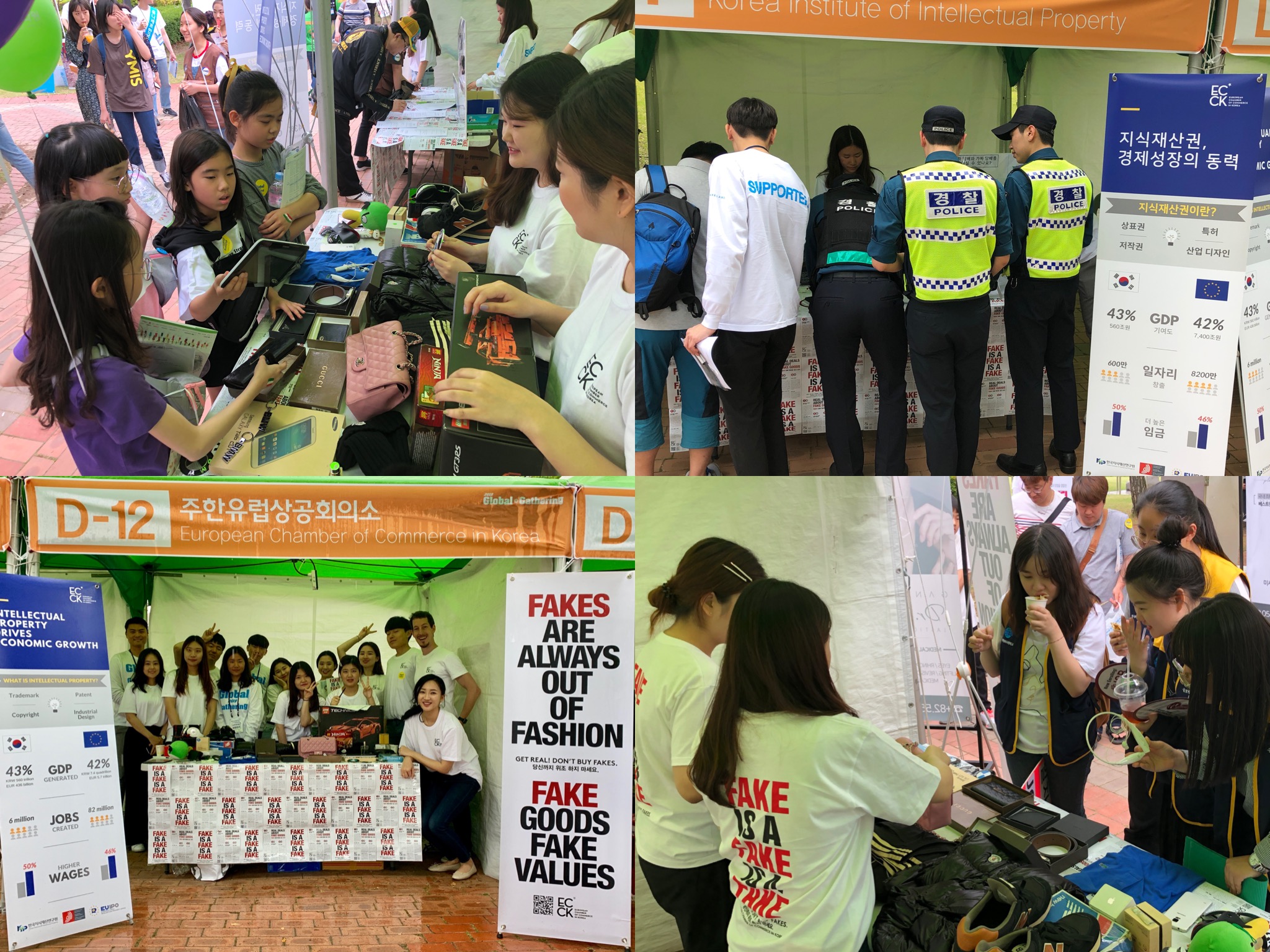