On April 9, EU Commissioner for Trade Cecilia Malmström and Korean Trade Minister Yoo Myung-hee co-chaired the 8th meeting of the Trade Committee of the EU-Korea FTA in Seoul. The meeting was to ensure that the agreement operates properly, as well as to supervise and facilitate its overall implementation.

Both sides agreed that the trade agreement has been an economic success. Nevertheless, the Commissioner Malmström raised a number of recurring issues including the ban on EU beef exports to Korea and International Labour Organisation (ILO) conventions.

Citing the Business Confidence Survey that was released by the ECCK in February, the Commissioner Malmström also stressed the need to look into ways to resolve issues concerning the unpredictable regulatory changes, lengthy administrative procedures and discretionary enforcement that are affecting EU businesses and the investment climate in Korea.

On the morning of the Trade Committee meeting, the ECCK hosted a breakfast meeting in honor of the Commissioner Malmström with the representatives of the ECCK member companies.

To read the official press release by the European Commission, please click on the following link: Commissioner Malmström in Seoul to check up on EU-Korea trade agreement and push for improvements 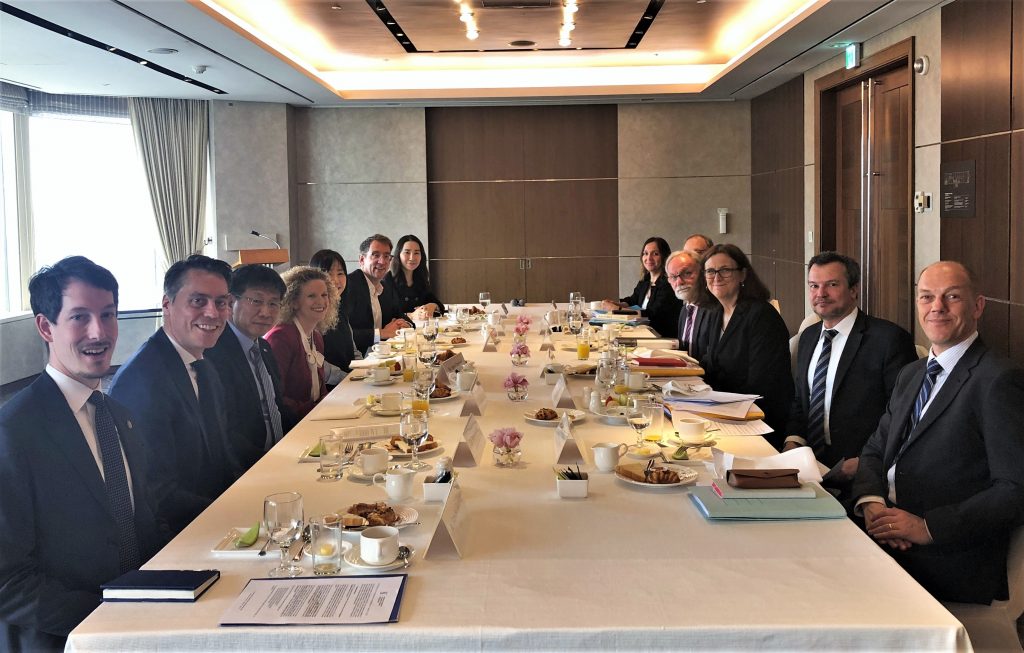