On October 24, the ECCK hosted Breakfast Meeting with Korea Fair Trade Commission (KFTC) Vice Chairperson Youngson Shin at Grand Hyatt Seoul. Joined by around 20 participants from the ECCK member companies, the morning event was opened by Vice Chairperson Shin who then delivered a keynote speech on KFTC’s competition policies and its implementations. Subsequently, a Q&A session was followed by to further discuss and clarify the issues raised during the meeting. The ECCK would like to thank Vice Chairperson Shin and all the participants for their support and interest. 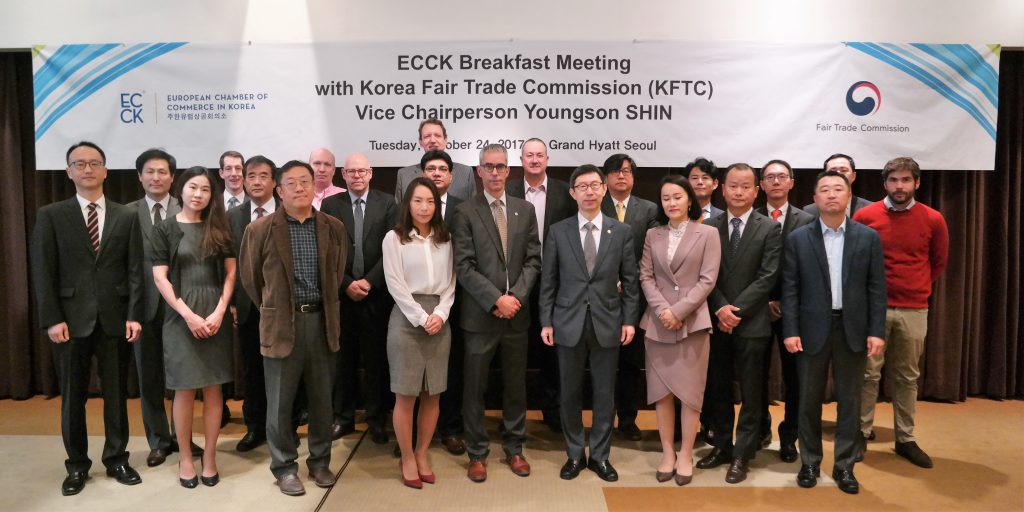