Following ECCK’s annual Intellectual Property Rights (IPR) Campaign at the Busan Global Gathering in May, ECCK IPR Committee conducted another campaign on September 20 at Dongdaemun, one of the largest shopping districts in Korea. The campaign was to raise public awareness on the benefits of intellectual property and the dangers of counterfeit products. In particular, a wide range of counterfeit products including bags, car parts, pharmaceuticals and perfumes were displayed at the campaign booth to the amazement of the general audience.

For the day’s event, the ECCK joined forces with the Korea Intellectual Property Protection Agency (KOIPA) and the Jung-gu District Office, which has taken a pro-active stance on banning counterfeit goods. We would like to extend our sincere gratitude to all the participants who stopped by the booth to support the campaign. 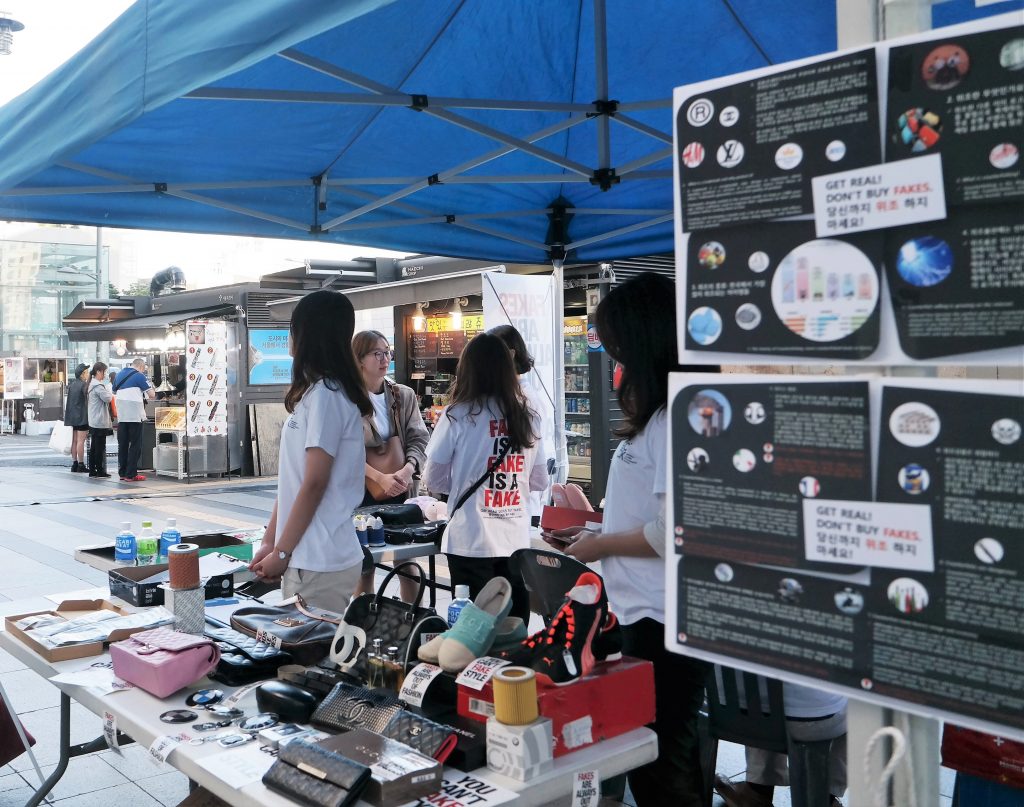