On September 28, ECCK participated in the Roundtable Meeting with Trade Minister Yeo Han-koo at Korea Chamber of Commerce and Industry (KCCI).

Attended by the community of European foreign chambers of commerce and businesses, the meeting was held to discuss possibilities to strengthen the cooperation between MOTIE and European companies in Korea.

ECCK Chairperson Dirk Lukat touched on deregulation and the wide range of support during his welcoming speech, “In fact, the traditional business needs more room to operate effectively to create more prosperity. Thus, a special focus needs to be put on those companies and eliminating in the best case but at least reducing administrative burden.”

Also, ECCK has been suggesting to reinstate the FIAC (Foreign Investment Advisory Council) and Trade Minister Yeo announced to form the FIAC to establish a regular channel with the foreign investment community. 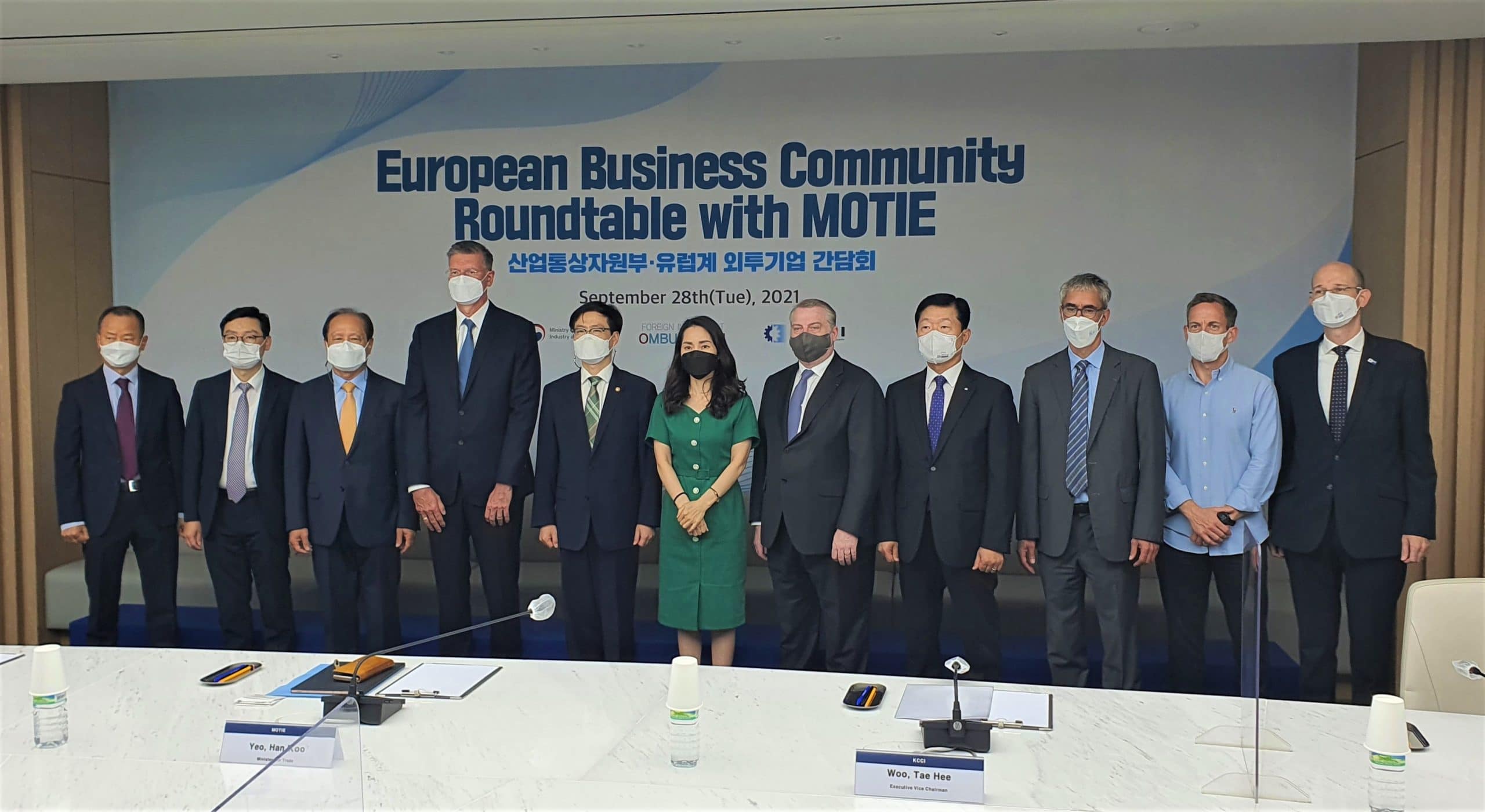 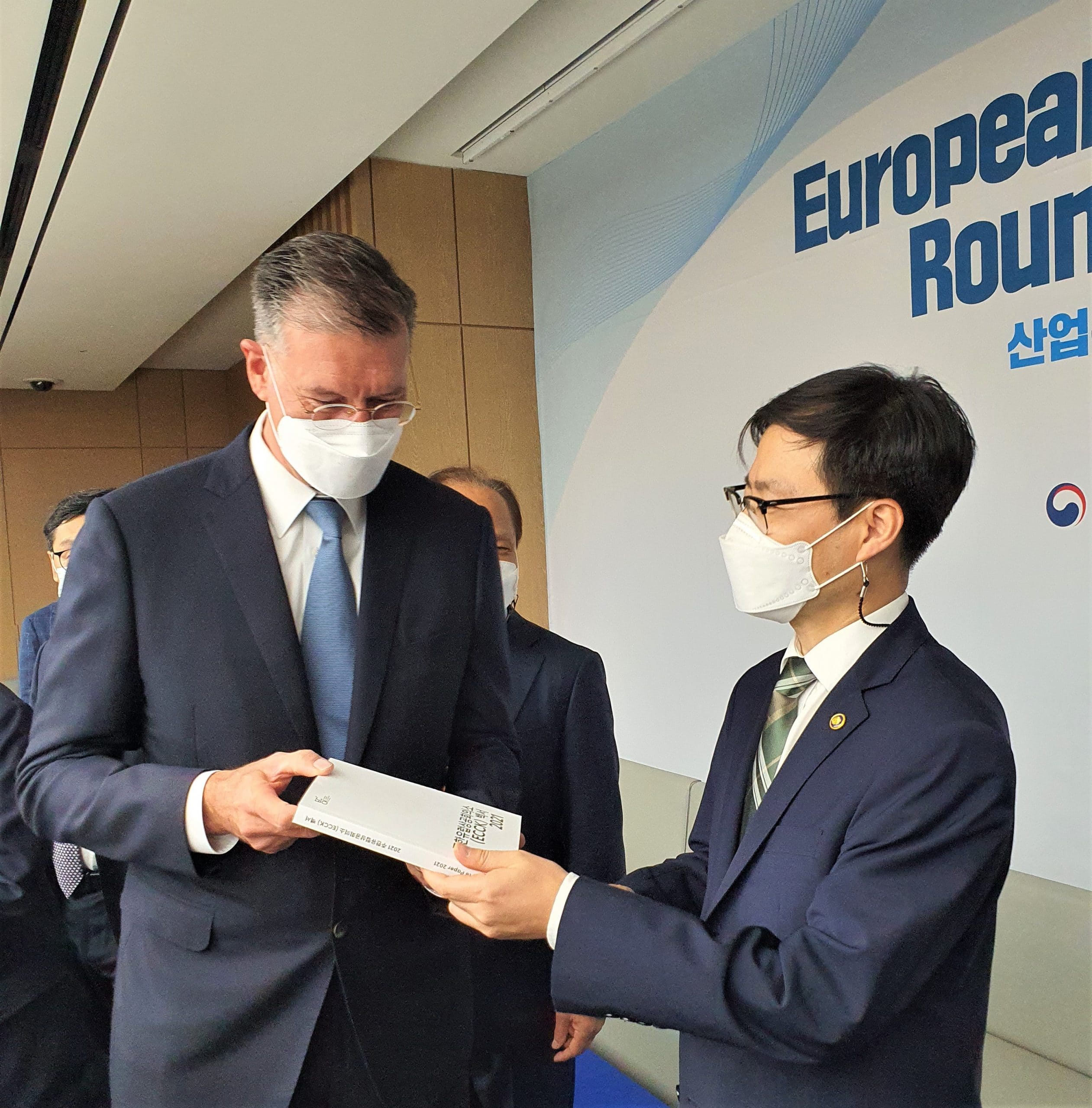