On July 24, ECCK President Christoph Heider met with Ban Ki-moon, the 8th Secretary-General of the UN and Chairman of the Ban Ki-moon Foundation For a Better Future, at the Foundation’s office in Seoul.

During the meeting, President Heider and former Secretary-General Ban discussed current environmental issues and ways to promote UN’s Sustainable Development Goals in Korea as well as the possibility of cooperation in the future. 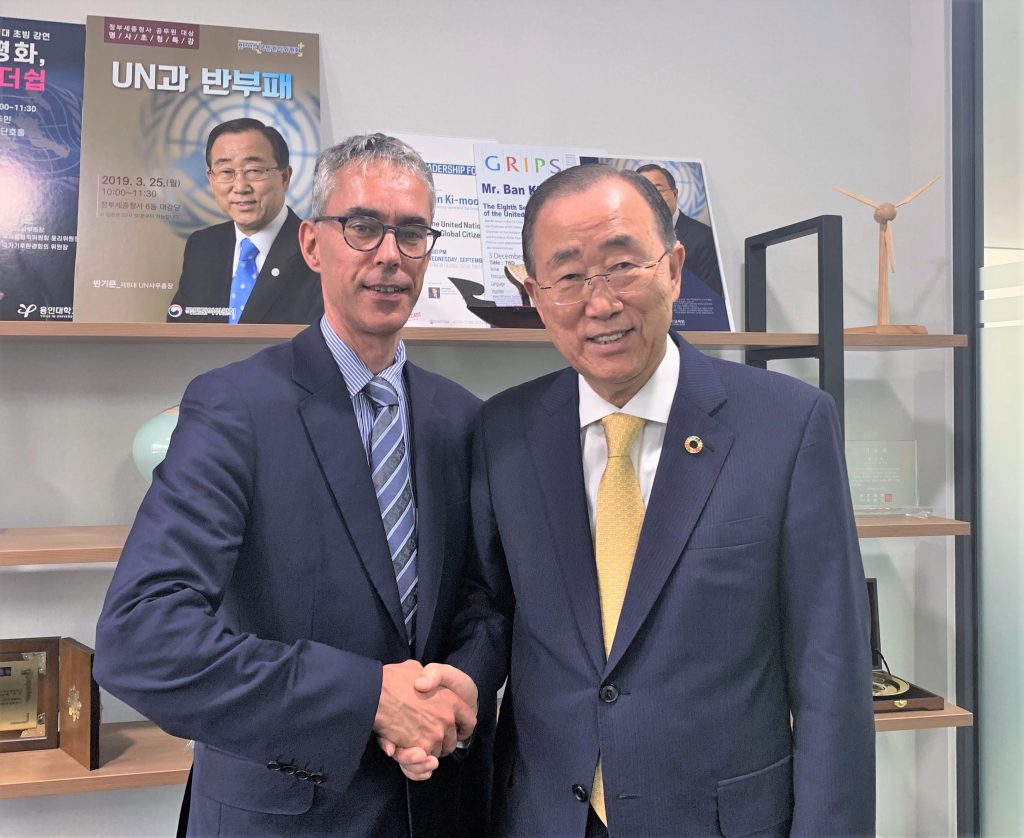