During the morning, several renowned IP experts from institutions in Korea and Europe presented about developments with regards to the IP environment as well as new initiatives and plans for legislative reform. The afternoon part of this year’s Conference featured three simultaneous break-out sessions (“Introduction to IPR”, “Patents” and “Respect for IPR”) during which speakers from government, industry and private practice shared their insights on maximizing the benefits of various types of IPR. Especially, the Illicit Trade Environment, a study on the extent to which countries enable illicit trade, was released for the first time in Korea during the Respect for IPR break-out session.

The full day which featured simultaneous interpretation was attended by 200 participants.

To read more, please see the articles below: 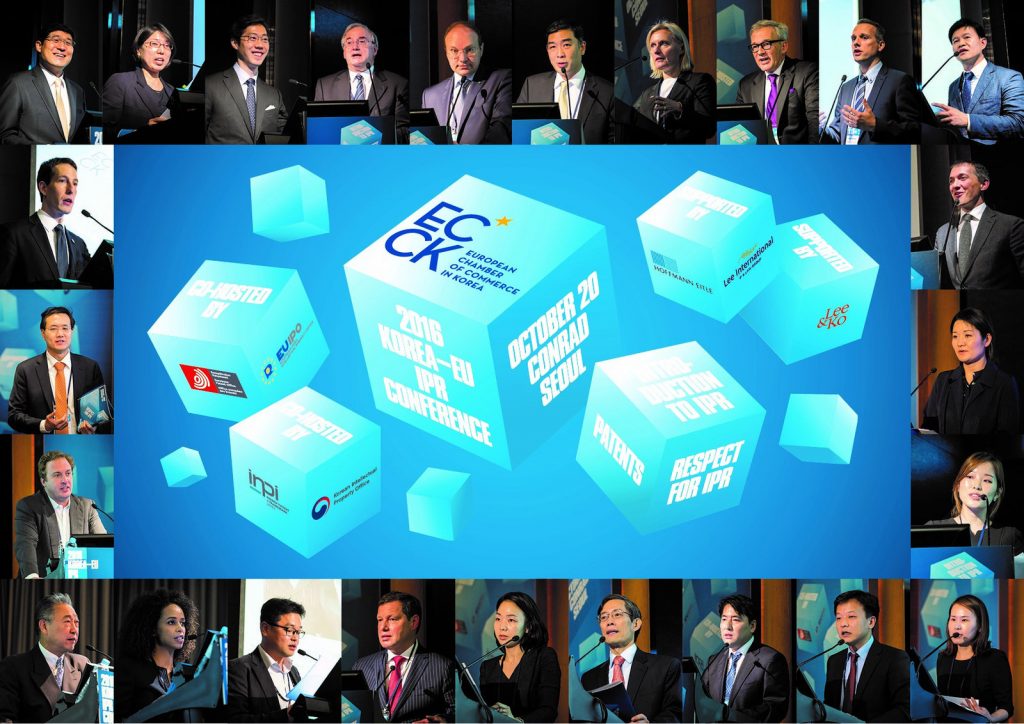