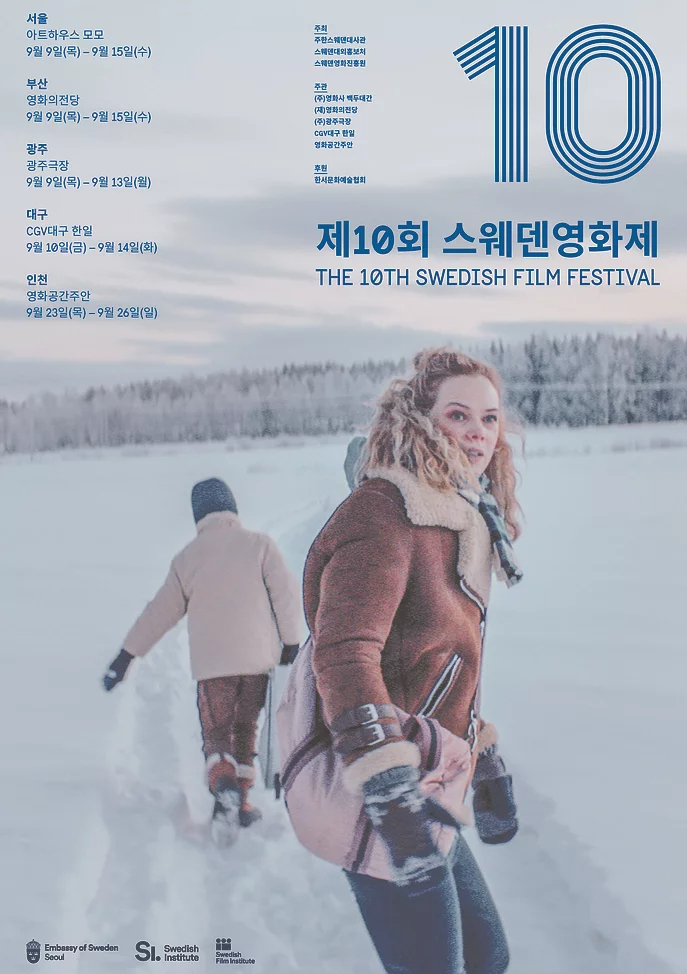 The Swedish Film Festival, which began with Queen Silvia of Sweden’s opening in 2012, marked its 10 year anniversary this year. This year’s theme is “Sustainable Value of Life” which promotes mutual understanding and friendship between Sweden and the Republic of Korea.

The 10th Swedish Film Festival will showcase a total of 10 Swedish films, consisting of 5 unreleased recent films featuring individuals that confront challenges, sorrows and conflicts without losing hope, and 5 others that that were previously beloved by many. The festival is scheduled to be held from September 9 to 26, 2021 and will take place in Seoul, Busan, Gwangju, Daegu and Incheon.