On February 13, Korea’s Acting President and Prime Minister Hwang Kyo-ahn had Foreign Investors’ Roundtable with foreign chambers and companies. He said at the meeting that he would work more on guaranteeing a fair business environment for foreign investors, thus he encouraged them to have faith in the South Korean economy, vowing further benefits and tax deductions.

The Acting President indicated the importance of foreign-invested companies in Korea as they are generating 13% of the total corporate revenues, 18% of exports, and 6% of the total employment in the Korean economy. He also promised to provide more favorable tax incentives and to lower entry barriers for foreign companies that invest in new technologies.

Alongside with the meeting, a session for follow-up of grievances and suggestions was presided by MOTIE Vice Minister Taehee Woo. Total 13 industry issues were raised at the session. The ECCK expects the issues to be resolved in constructive ways in the near future. 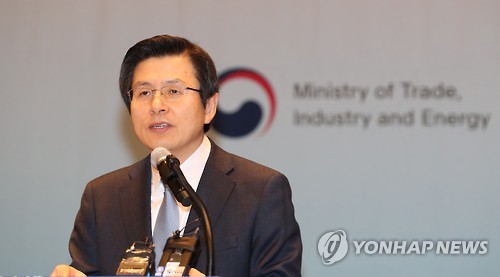