On January 18, the Korea Disease Control and Prevention Agency (KDCA) has announced that everyone including foreign residents in Korea to get COVID-19 vaccine for free of charge. The Korean government hopes to dole out its first vaccine doses by the end of February or early March and achieve herd immunity by the end of September. 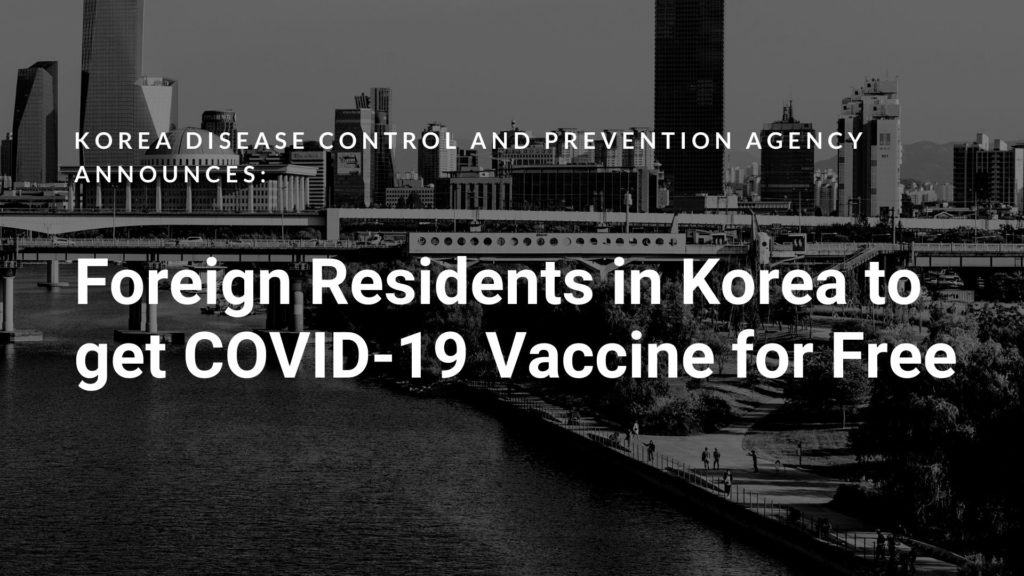