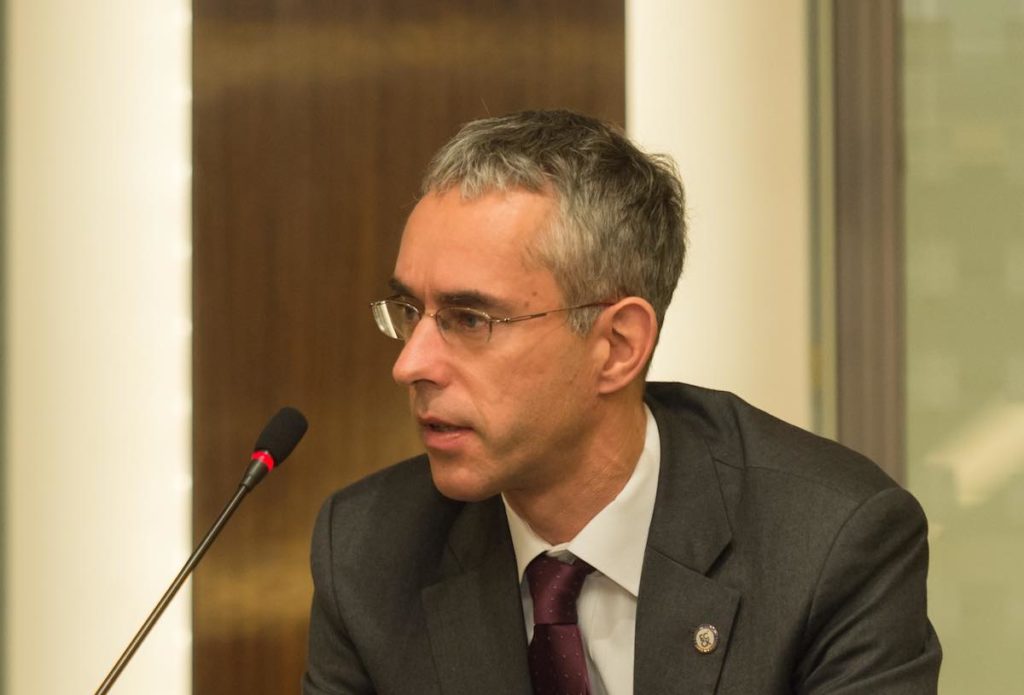 We sat down with ECCK President Christoph Heider who gave his insights into issues related to European-Korea relations, business opportunities in Busan, and his thoughts on life during COVID-19.

Founded in December 2012, the European Chamber of Commerce Korea (ECCK) is a non-profit organization which has been a leader in bridging the gap between the EU and South Korea that is actively involved in information exchange through committees and events which helps companies doing business in the country to keep informed of the latest trends.

According to its website, the ECCK’s primary objective is to provide its members with information, communication, and access pertaining to the business and regulatory environment of Korea.

German-born President of the ECCK, Christoph Heider, has been leading the organization since May 2013 which helps its more than 360 members with information, communication, and access pertaining to the business and regulatory environment of Korea.

I sat down with Mr. Heider on a recent business trip to Busan to discuss a variety of topics and get his views on current issues in Korea.

It’s been a long, trying year for everyone around the globe doing business. How has the markets been affected and how have Korea and the EU been able to keep a positive outlook for the future?

Business in Korea overall has been doing pretty okay considering the crisis. We naturally have many sectors which are impacted heavily like especially airplanes or tourism.

On the other hand, we have sectors which are doing pretty well. Naturally, it is personal protection equipment, COVID-19 tests, and so on. But also cars, healthcare or logistics did pretty well.

But the concern all across Europe and also across Korea is actually independent entrepreneurs including performance arts, artists, and the like but also fare-related services and we might see certain bankruptcies in Korea but also in Europe.

The 2020 ECCK White Paper is set to be released soon. Are there any surprises in store that you could talk about?

In fact, the White Paper will be released on November 10 this year and we have about 150 recommendations collected from our committees. That means from our member companies, and no, there are no surprises.

It’s a steady analysis about regulation and laws and standards so it’s a very thorough analysis and it’s not really something which pops out a stance on.

It’s pretty detailed so it is about facilitation in consultation with law, testing, etcetera, so it’s pretty industry-specific but we hope also that the Korean government will conduct a thorough analysis and then provide feedback in the first quarter of next year.

Back on June 1st, some accused the Justice Ministry of racial discrimination, given that the rules that all long-term foreign residents must apply for a re-entry permit before traveling overseas, and also obtain a medical certificate and/or Covid-19 test three days before boarding their flight to return to Korea and not to Koreans, nor to foreign-born ethnic Koreans who enjoy special visa status. Looking back, do you think it was the right move and do you think it still is?

As a foreign community, there are still problems to understand why this was enforced.

Foreign residents try to be role models, would like to follow rules, we pay taxes here, maybe are considering ourselves as an integral part of the society here in Korea and we don’t properly understand the motivation behind it. Korean citizens instead are only encouraged not to travel overseas which also should be sufficient for the foreign residents. Additionally,the safety measures related to COVID-19 in place are very effective.

In fact, it’s also that foreign residents would not necessarily start traveling to a huge degree. We would like to have the same rights in this respect in terms of traveling like Korean citizens and have continuously asked the Korean government to remove this re-entry procedure.

I think that this re-entry procedure has no impact on COVID-19. We have quarantine in place, we have excellent testing facilities here, we have a tracking app, so Korea is doing very well, extremely well, and this kind of additional measure doesn’t improve the overall situation at all.

Instead of being proud of what Korea has achieved and how Korea is actually controlling and managing the COVID-19 pandemic, they should fully entrust the system and not come up with an additional measure, singling out a specific group of the society here in Korea.

How optimistic are you for a recovery next year?

I think everything depends on how long COVID-19 will be around. I think when the COVID-19 crisis started, many people believed it would be just a regional thing.

And then secondly, many people believed that maybe COVID-19 would be over in the middle of the year. Now COVID-19 is still around and it has popped up in almost all countries. I think there may be one or two countries where COVID-19 is not in and so the question is when a vaccine will be available, how quickly the vaccine can be rolled out and how effective the vaccine will be and plus, still related to the role of the vaccine, how many countries can be covered because a vaccine is about 40 US dollars per shot.

It’s clear that not all countries can have enough financial resources to procure vaccines so there are still certain risk areas in developing countries and the like.

But developing countries where, for example, Korea is doing business with, COVID-19 will remain around. If COVID-19 is brought under control, then I’m slightly optimistic for certain economic recovery but I think the pre-crisis level globally will be reached only in 2023.

Which European countries would you say are most active in promoting or doing business in Korea?

The most active are I would say are the French, the Italians, and the Germans but also other European countries are doing a lot of promotion for their specific products and services.

The character promotions are maybe a bit different. I think by nature, the French, Italians, and Spanish… they’re very good at promoting food, and lifestyle as the Germans are more focusing on industry, Industry 4.0, and digitalization, but I can say that actually all countries are doing a pretty good job trying to promote their comparative advantages where there’s a unique selling proposition for their companies or products.

What kind of Korean companies are looking to break into the European market?

New companies, I don’t know, but we know that investment from Samsung, LG, and the like is increasing.

We have seen a substantial extension of battery production related to electric vehicles and I think biotechnology is also considered as a growth driver for the economy. I’m not sure now if the production facilities are set up in Europe but for sure the distribution network is extended.

The ECCK operates the ECCK Busan Chapter. What was the justification behind opening an office down here and how would you say it has been going so far?

Busan is the second biggest city in Korea and very honestly together with the Ulsan area, it’s an important economic factor.

Marine shipbuilding in this area is a key industry and we have to be here. This is just a simple fact.

We have to take care of the community as we are primarily doing advocacy work, and we also need to get input about marine shipbuilding. On the other hand, our mission is also to take care of the foreign community and that’s why we’re here. That’s why we’re doing events. We are trying to bridge the contacts between business people, but also to bridge contact between Korea and Europe.

What kind of business opportunities have come from opening down here?

We’re always looking to extend our network. Today I will meet two European companies, one is a Dutch company and the other one is a German company.

We are always actively reaching out with identifying new contacts, so that we can extend our network here, not for our benefit, but actually for the benefit of the community.

What’s a typical day in the life of the ECCK president?

It is many meetings. Yesterday, we had a breakfast meeting with Ban Ki-moon in Seoul and today I am in Busan meeting with the community here a little bit.

It’s also about representation. Tomorrow evening in Seoul, there’s an event for 30 years of German reunification, but constantly taking care of our European business in terms of market access issues, reconciling with my board to whom I report, but also trying to explore new business ideas for our operation, also talking about CSR, and about charity.

We will do a charity raise from Seoul to Busan with an electric vehicle Twizy from November 4th to 6th, which needs to be organized and are organizing many events that have to be prepared offline and online so we have to brainstorm about the internal operation on how to work effectively and safely under COVID-19.

It is constant talk with the Korean business interest groups like the Korean Chamber of Commerce and Industry.

How has this year affected you personally?

I think what you learn in business is if you have a challenge, you try to find a different way of how to succeed.

I think yes, I have made a big move in adapting to new technology and became a bit more open for embracing new solutions. I don’t have so many evening events anymore so I’m reading more books about the 21st century but also about history, because sometimes we can also learn from history, and try to adapt historical patterns to our modern society.

In the past, my work was already very dependent on my laptop, phone, and video conferencing, so not much has changed.

The only thing that I probably regret is I was going to the gym twice a week for running but because of COVID-19, I had to stop because the gym was closed so I haven’t done sports, obviously, not running in the gym for about eight months now – so I can say in terms of running the year 2020 was a lost year – but in many other aspects, it was and still is a good year.

Click here to read the article on Haps Magazine Korea 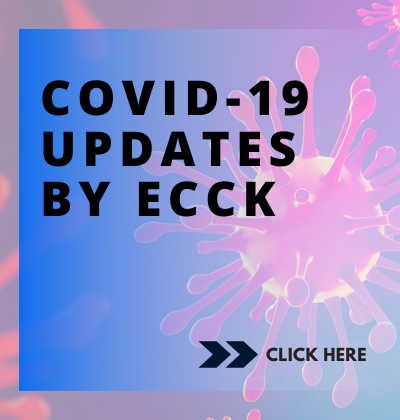