There is one thing in common among Life, Playboy, National Geographic, Rolling Stone and Domus: Hyundai Card owns the entire collections of those internationally-recognized magazines, each bearing historical and cultural significance.

The magazines are part of enormous magazine collections that four different Hyundai Card Libraries – each themed on design, travel, music and cooking – have amassed from all over the world since 2013. It was to let Hyundai Card users “experience” the value Hyundai Card pursues, lifestyle taste and philosophy.

Hyundai Card, as a leading credit card issuer, has been seeking to go beyond just encouraging people to subscribe to new credit cards and spend more with them. The company wants to see its cardholders to have bigger affection for the company and to be more satisfied with the company’s products and services through the “intellectual experience.”

An entire wall, spanning two floors at Storage by Hyundai Card, is filled with Complete Collection.

Six zones where you can see, listen and feel

The exhibition comprises six zones across the two floors of Hyundai Card Storage: one common zone called “Intro Zone” and five different zones devoted to each of the five magazines. Each magazine zone features the very first and following editions bearing historical and cultural significance, accompanied by a variety of photos, letters, videos and sound files related to magazines such as Life, Domus and Playboy.

The Intro Zone features the history of the complete magazine collections and a large timeline of key global events from the 1930s to the present, outlining the global significance of the magazines on display. Also attention-grabbing is a gigantic bookshelf filling a wall spanning two floors. The installation contains the entire books relocated from Hyundai Card Libraries.

The exhibition showcases a variety of internationally-recognized magazines bearing historical and social significance, such as Life, Rolling Stones and Playboy.

Visitors may view the legendary cover of Rolling Stone’s January 1981 issue, which featured the iconic photograph of John Lennon and Yoko Ono; photos related to the assassination of U.S. President John F. Kennedy in Life; and hidden stories behind Playboy, which catered to trendy male readers at the time. The Rolling Stone Zone allows visitors to listen to tracks that are considered significant in the history of international pop music. 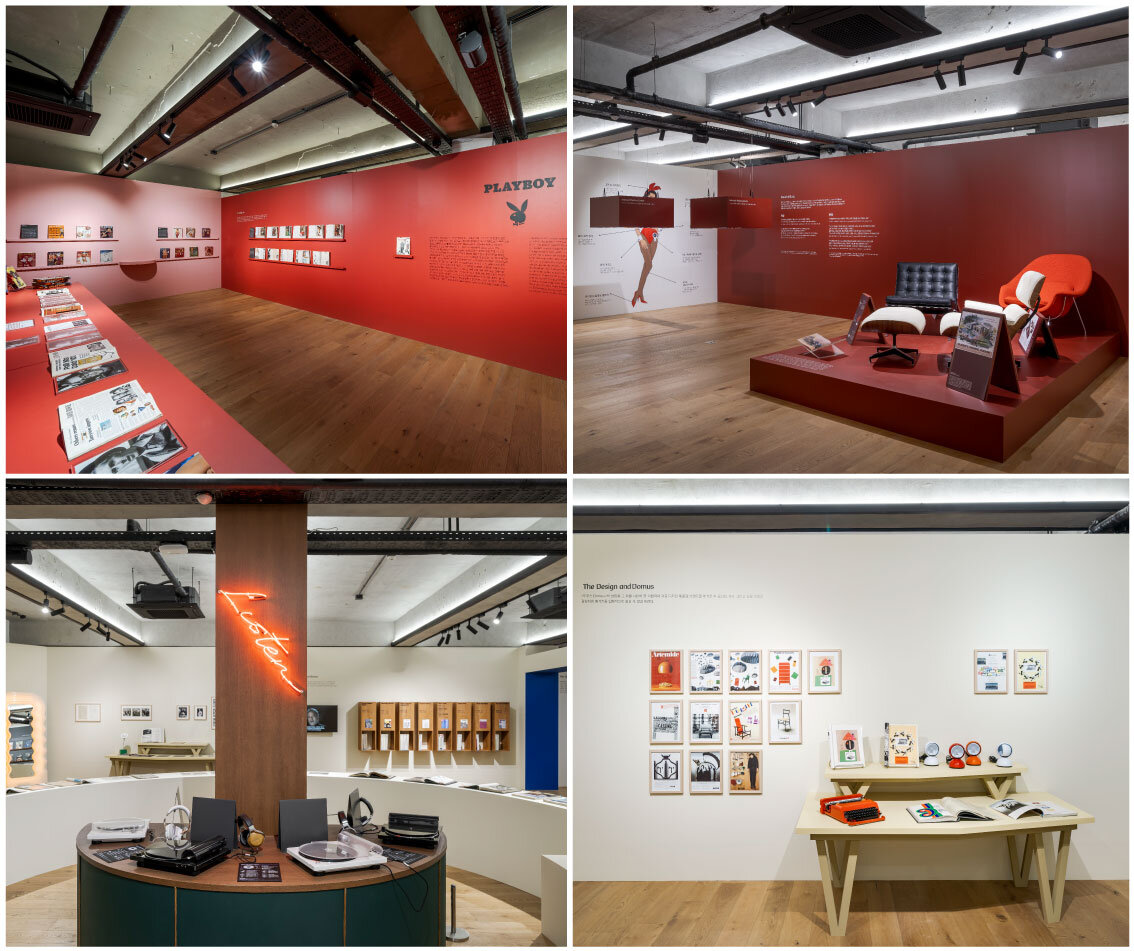 Clockwise from top left: A zone devoted Playboy; a collection of iconic chairs that represented the lifestyle of Playboy readers; a Rolling Stones zone, which allows visitors to listen to music from vinyl records; and a zone displaying Domus covers and related design products.

Hyundai Card has been trying to adhere to the essential role of libraries – accumulating records – over the course of opening four libraries since 2013.

The idea of collecting entire issue of world-renowned, timeless magazines was hatched by Hyundai Card Vice Chairman and CEO Ted Chung. When the company was preparing to build its first library – Design Library – in 2012, he told an employee in charge that Hyundai Card libraries should have their unique items that make people to eager to visit and see.

“Why do you think people visit Louvre Museum? To see ‘Mona Lisa.’ Our libraries should possess items like Mona Lisa,” he said. 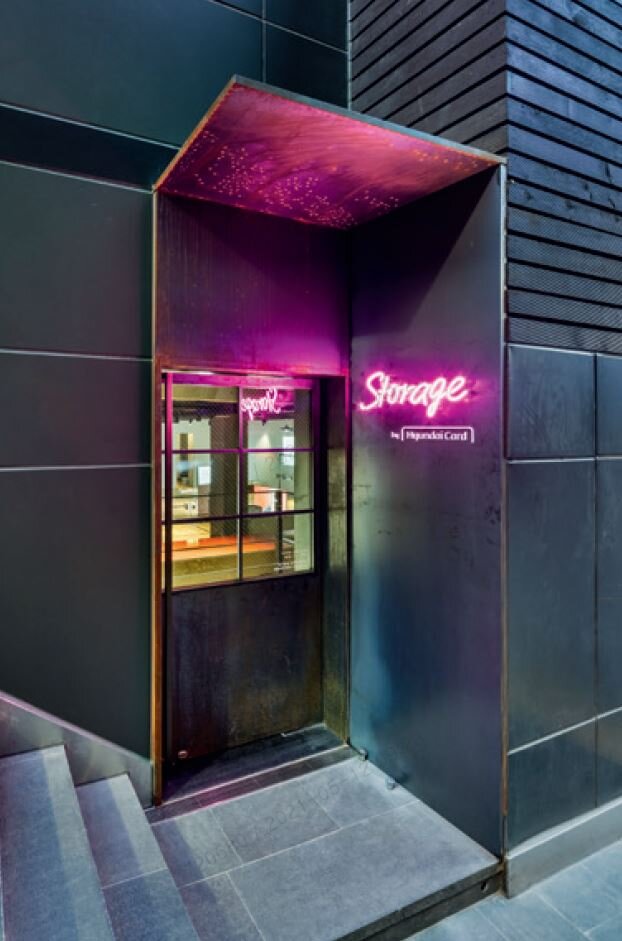 Storage is located on B2 and B3 floors of the VINYL & PLASTIC.

Employees in charge of building Hyundai Card libraries traveled around the world to find rare books that could become their own “Mona Lisa.” They reviewed over 200,000 publications at libraries and book shops in over 40 countries but failed to find the right ones.

After a period of trials and errors, they set criteria: books with globally-recognized authority in different themes of libraries, timeless value and minimal access from anywhere in the world. Then they reached conclusion to amass the entire issues of magazines that are considered No. 1 in design, travel, music and cooking, which Hyundai Card has dubbed “Complete Collection.” For the collection, employees had to turn every page of nearly 9,000 books to see if any page was missing or destroyed. Whenever a problem was discovered, they went searching for a book in a better condition. Collecting one entire collection took two to three years of ceaselessly meeting private collectors and used book store owners around the world.

Now, the four libraries own 11 types of Complete Collections totaling 8,991 magazines. Even the publishers of Rolling Stone and National Geographic are known not to own the entire issues and the majority of readers tend not to keep past issues.

The exhibition runs through July 4 at Storage by Hyundai Card in Itaewon, central Seoul and admission is by advance Hyundai Card DIVE app reservation only.

Located at the B2-3 floors of the VINYL & PLASTIC, Storage by Hyundai Card is an exhibition space originally born to “store” all kinds of contemporary visual art pieces. The themes and topics of exhibitions the venue has been hosting range from contemporary to experimental art, films, architecture and design.