Johansson first joined IKEA in 1987 as a part-time co-worker at the IKEA store in Älmhult, Sweden. After earning his Master’s degree, he gained extensive exposure in the global home furnishing industry in various positions within IKEA in several countries spanning from Asia to Europe including Managing Director of IKEA Components. He moved to IKEA Retail in 2010, where he extended his experience as Deputy Store Manager and Store Manager for XuHui and Daxing stores in China. He was also the Deputy Country Manager for IKEA France for almost 3 years before joining IKEA Korea in 2017 as Deputy Country Manager.

Under the new leadership, IKEA Korea will focus on building the road ahead to become a true multichannel retailer, reaching more of the many customers in Korea by expanding customer touchpoints and improving overall accessibility, customer experience and convenience with the upcoming opening of IKEA Giheung and Dongbusan, as well as investment in city centre touchpoints and its digital channel. Johansson also plans to strengthen the positioning of IKEA Korea as a leading company in sustainability, creating a better everyday life for the many people and the planet.

“I am honoured and excited to take on this new role at IKEA Korea, one of IKEA’s fastest growing markets in the world,” adding, “I am very much looking forward to leading the transformation of IKEA Korea into the future with our 1,700 talented co-workers, investing in making IKEA an inspiring and convenient destination for home furnishing and creating a happy life at home for the many Koreans,” said Johansson. 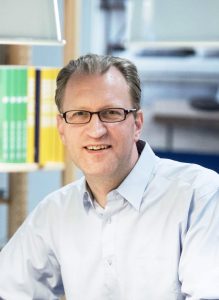 IKEA, owned and operated by INGKA Group under the Inter IKEA Systems B.V., entered the Korean market in 2014 with the opening of IKEA Gwangmyeong. Since then, IKEA Korea has opened its second store in Goyang in 2017 and held a groundbreaking ceremony for IKEA Giheung in July 2018 and for IKEA Dongbusan in December 2018, to expand its touchpoints and become more accessible to the many people. Before each store opening, IKEA conducts a wide range of research and home visits to understand people’s life at home in each respective area. Based on its vision “to create a better everyday life for the many people,” IKEA enables and inspires the many people in Korea to love their homes through home furnishing. As a humanistic company and good neighbour, IKEA also aims to become a great place to work for its co-workers while creating a positive impact in the local community.