On the morning of July 15, the ECCK hosted an information session with Daniel Tudor under the theme of ‘Emerging Capitalism in North Korea’ in the Ara Room at Four Seasons Hotel Seoul.

During the seminar, he shared his experience in visiting civil servants in Pyongyang, North Korea for his research on how the new North Korean capitalism works.

Daniel Tudor is a writer and entrepreneur from Manchester, England, who has lived in Seoul for over ten years. He is the author of several books on Korea including ‘Korea: The Impossible Country’ and ‘North Korea Confidential’, and was Korea Correspondent for The Economist from 2010-2013.

We would like to thank Mr. Tudor and all the participants for their interest and support. 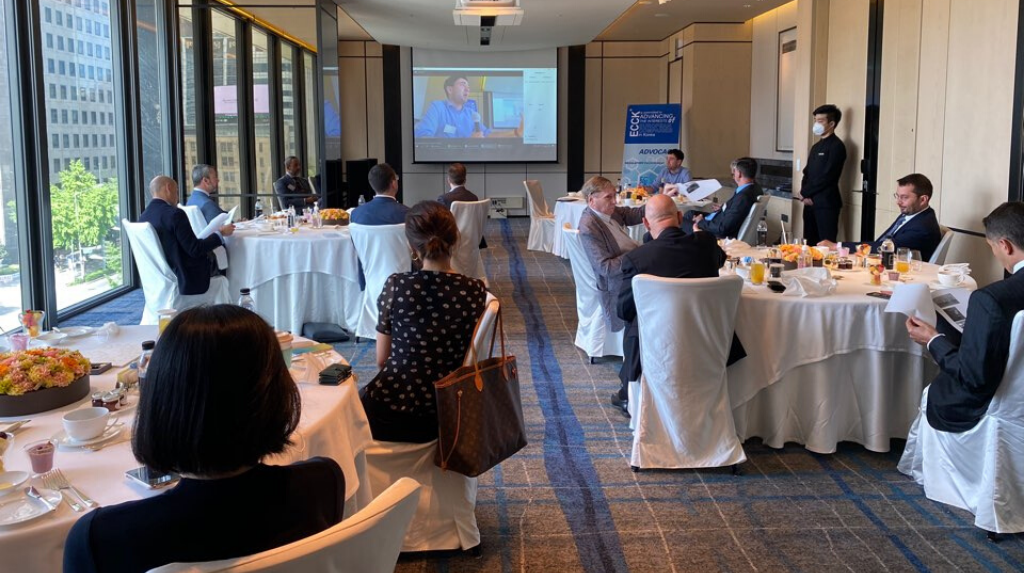