The Joint Working Group with the National Tax Service (NTS) met on April 6, 2017 at Seoul Square. The delegation of the NTS was led by the Assistant Commissioner for International Taxation Man-sung Park who was accompanied by other representatives from the NTS. At the meeting, the results of a survey on tax audits conducted in late 2016 were presented by Christoph Heider, President of the ECCK. The following discussion with the NTS and members of the Joint Working Group was a very constructive one with the target to get more clarity on tax audit procedures. The Joint Working Group was initially set up in 2014 and has met regularly to discuss issues related to tax audits since then. Members of the Joint Working Group are representatives from the NTS as well as from AMCHAM, ECCK, KGCCI and the Seoul Japan Club, along with nominated industry experts and taxation experts from audit and tax companies. 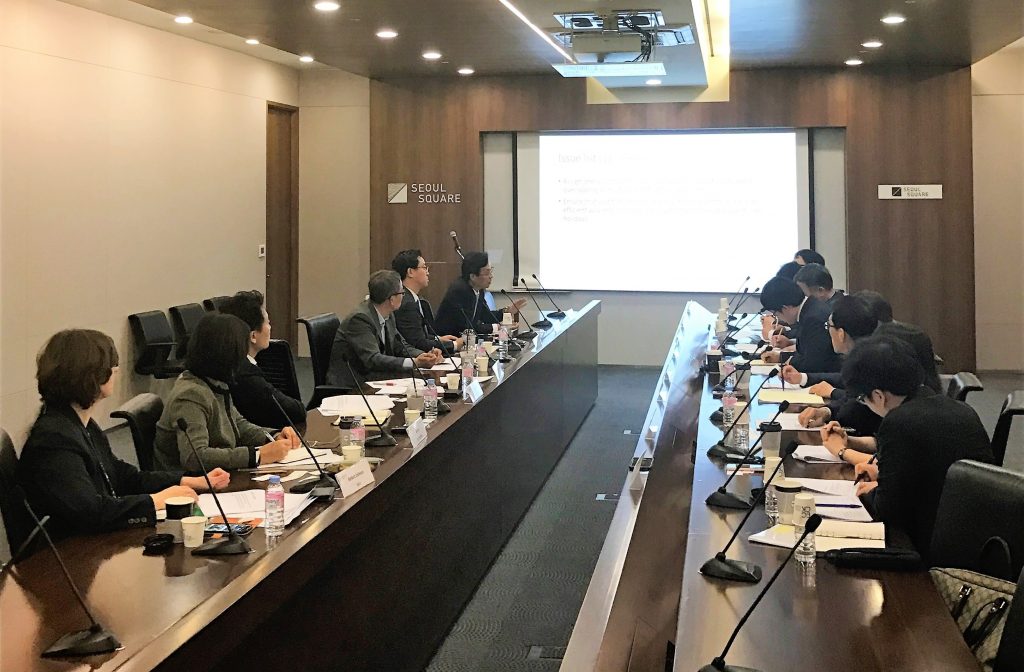