On November 16, the ECCK and Kyobo Life had a ceremonial event for the launch of the Umbrella DC Pension Plan. Taking place at Kyobo Gwanghwamun Building, the event was attended by President Jean-Christophe Darbes and Secretary-General Christoph Heider from the ECCK. Through handing over the official documentation, the ECCK and Kyobo Life agreed on providing more simplified and convenient pension plans for small to medium sized organizations. Meanwhile, Kyobo Life had previously announced that it will give priority to the ECCK member companies on implementing Umbrella DC Pension Plan. 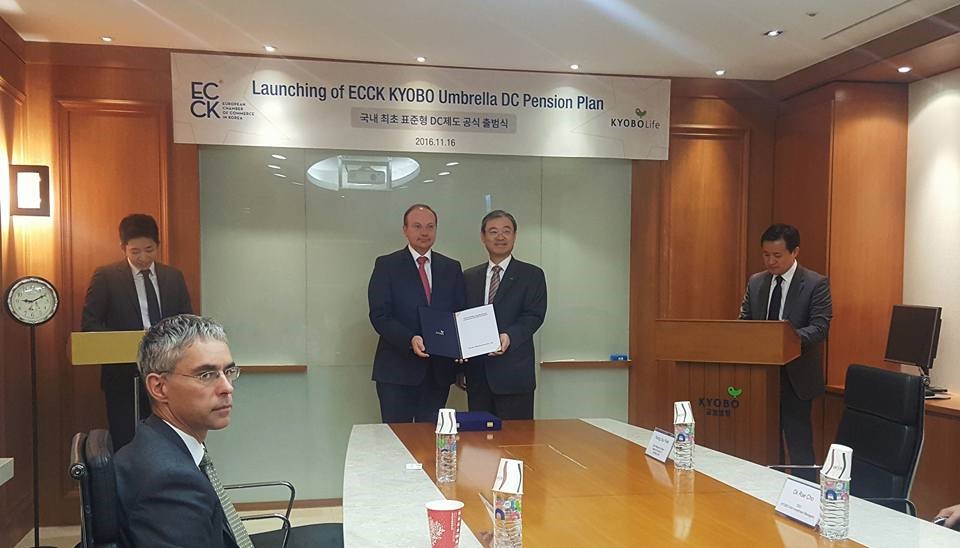