When in the darkness thousands of lanterns flood the city of Seoul and with their magical light illuminate the world of uncertainty with Buddha’s wisdom. 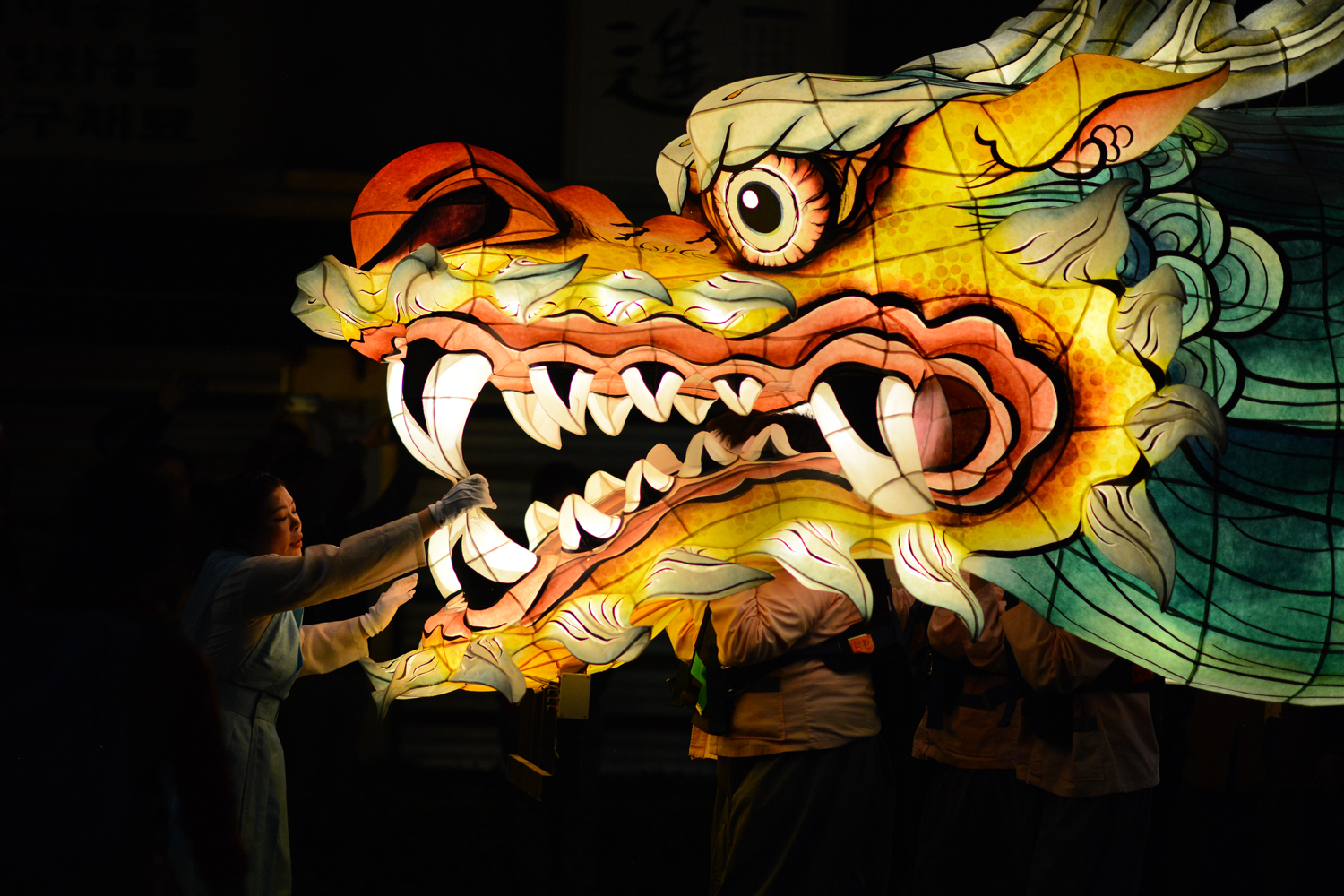 When many colorful lanterns decorate the streets and Korean temples in Seoul, one of the most impressive events in Korea, the Lotus Lantern Festival Yeon Deung Hoe연등회 takes place. On one day each spring, all of South Korea is lit up to celebrate Buddha’s birth. The celebration is not fixed to a specific date but changes every year. It is the 8th day of the. 4th month of the Chinese lunar calendar. 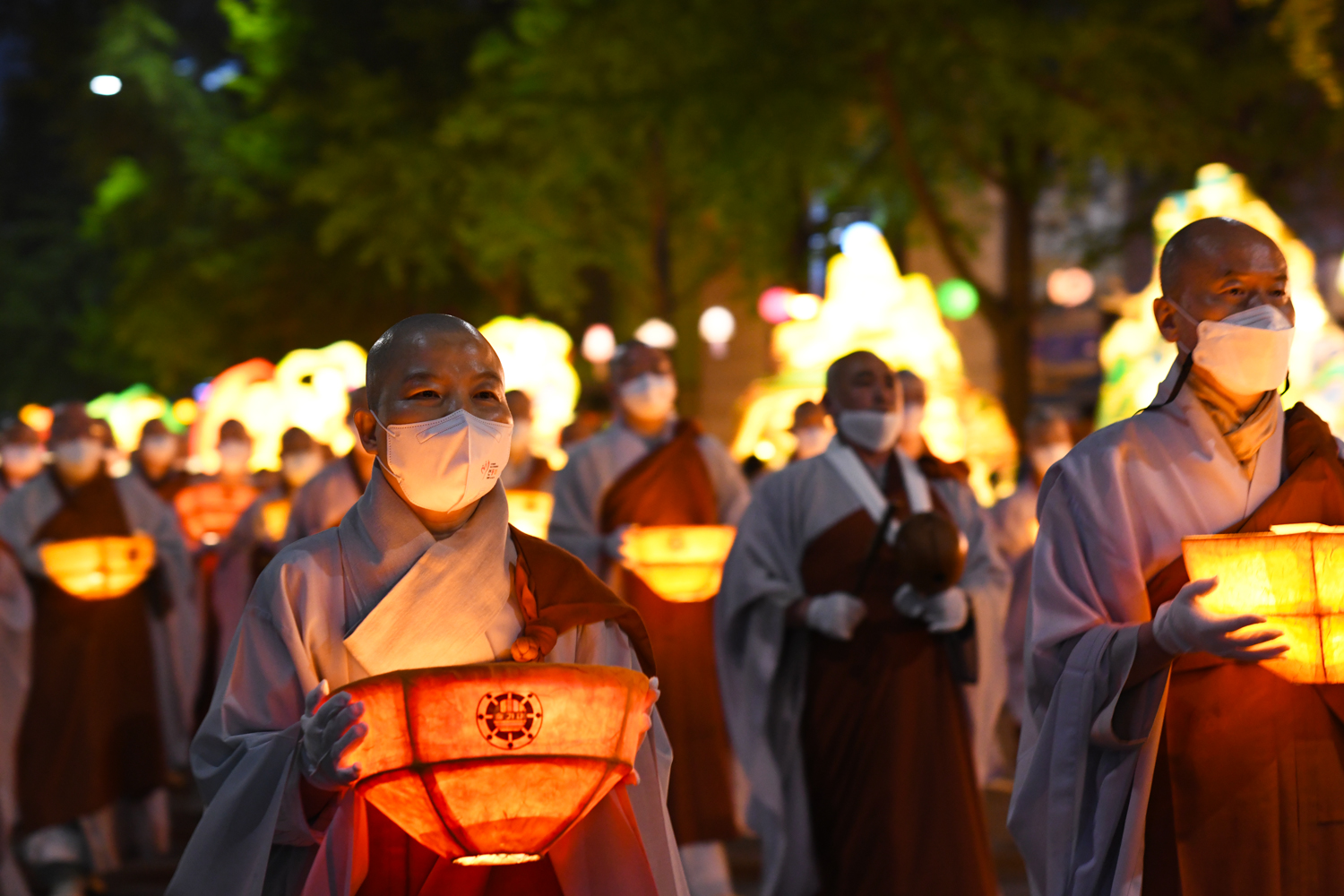 Yeon Deung Heo has a history of over 1200 years. It was originally an event with Buddhist significance but has since evolved into a cultural festival for everyone. The event has such an important significance that even UNESCO, which normally does not include religious events in its list of intangible cultural heritage, makes an exception for Yeon Deung Heo. 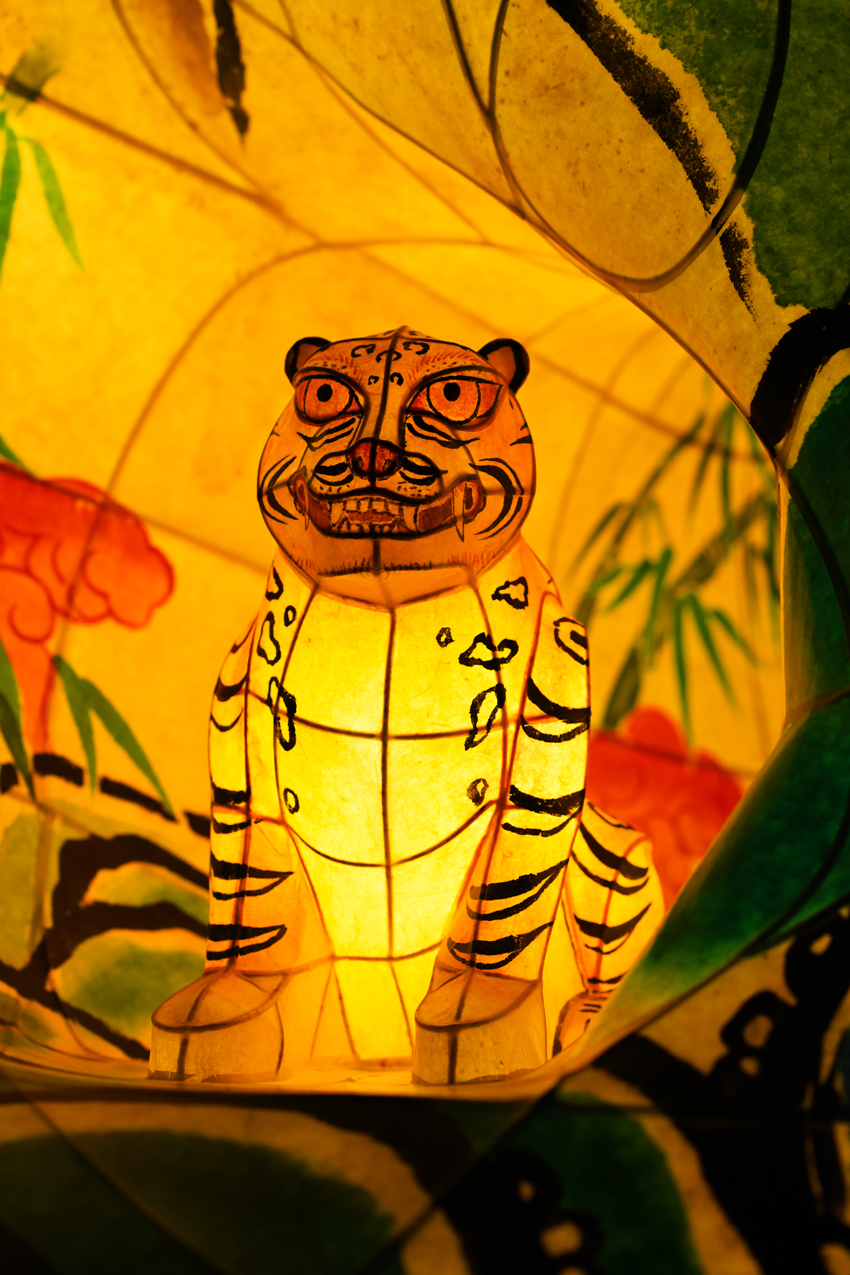 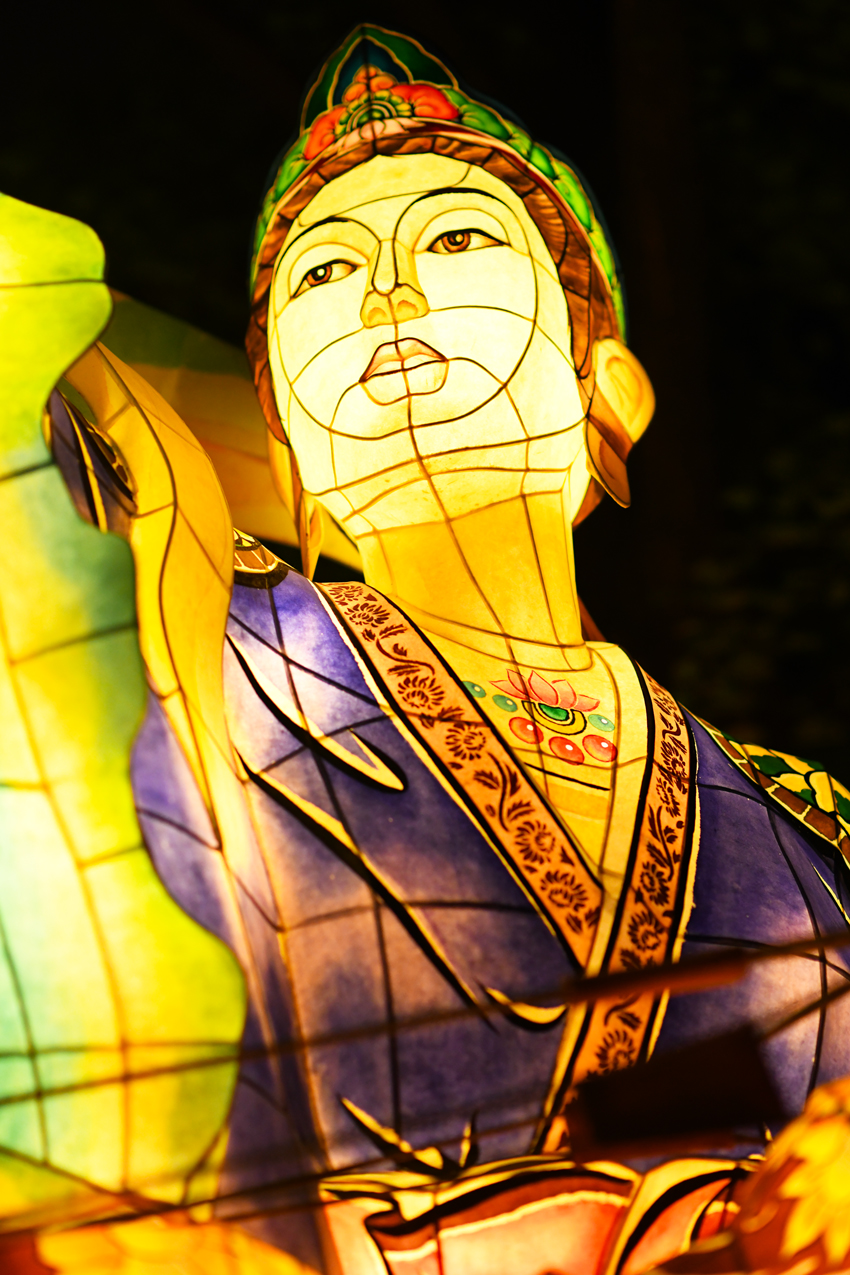 A common practice is to light lanterns on Buddha’s birthday. Since the time of the United Shilla, people have been making colorful lanterns in the shapes of drums, cranes, fish and flowers for Buddha’s birthday. However, one of the most popular lantern symbols is the lotus flower. 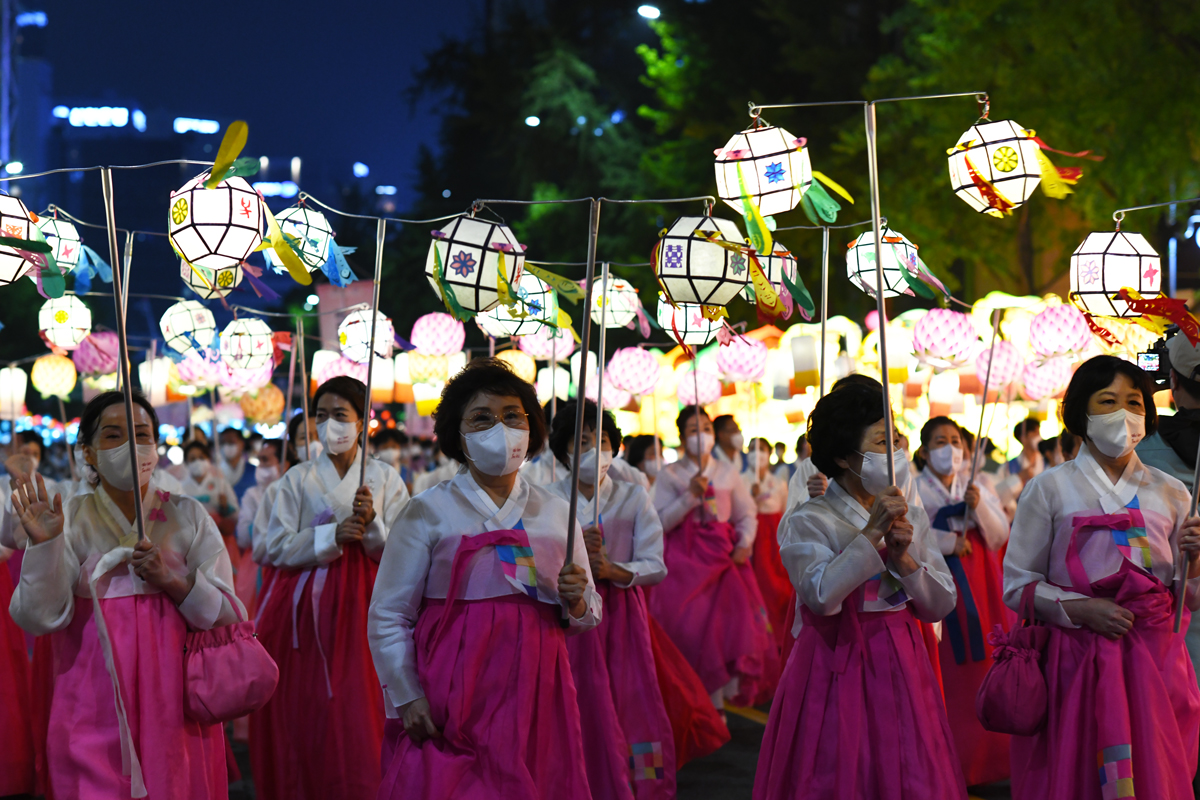 Many of the lanterns are made of traditional Korean Hanji paper. Photographer Daniel Thomas Faller

In Buddhism, the lotus flower has an important meaning. It represents the devotion of Buddhists who are always striving to awaken to their true nature and has always been a symbol of dignity and sublimity. The Neo-Confucian scholar Ju Don-i from the Song Dynasty period describes the meaning of the lotus flower in his poem as follows:

It comes from the swamp, but it is not polluted.

It is washed by clear water, but it does not feel it.

It is hollow inside, but it radiates in all directions.

She has no tendrils or branches stretching out.

Its fragrance becomes sweeter as it floats.

It stands upright and straight and nothing can mock it. 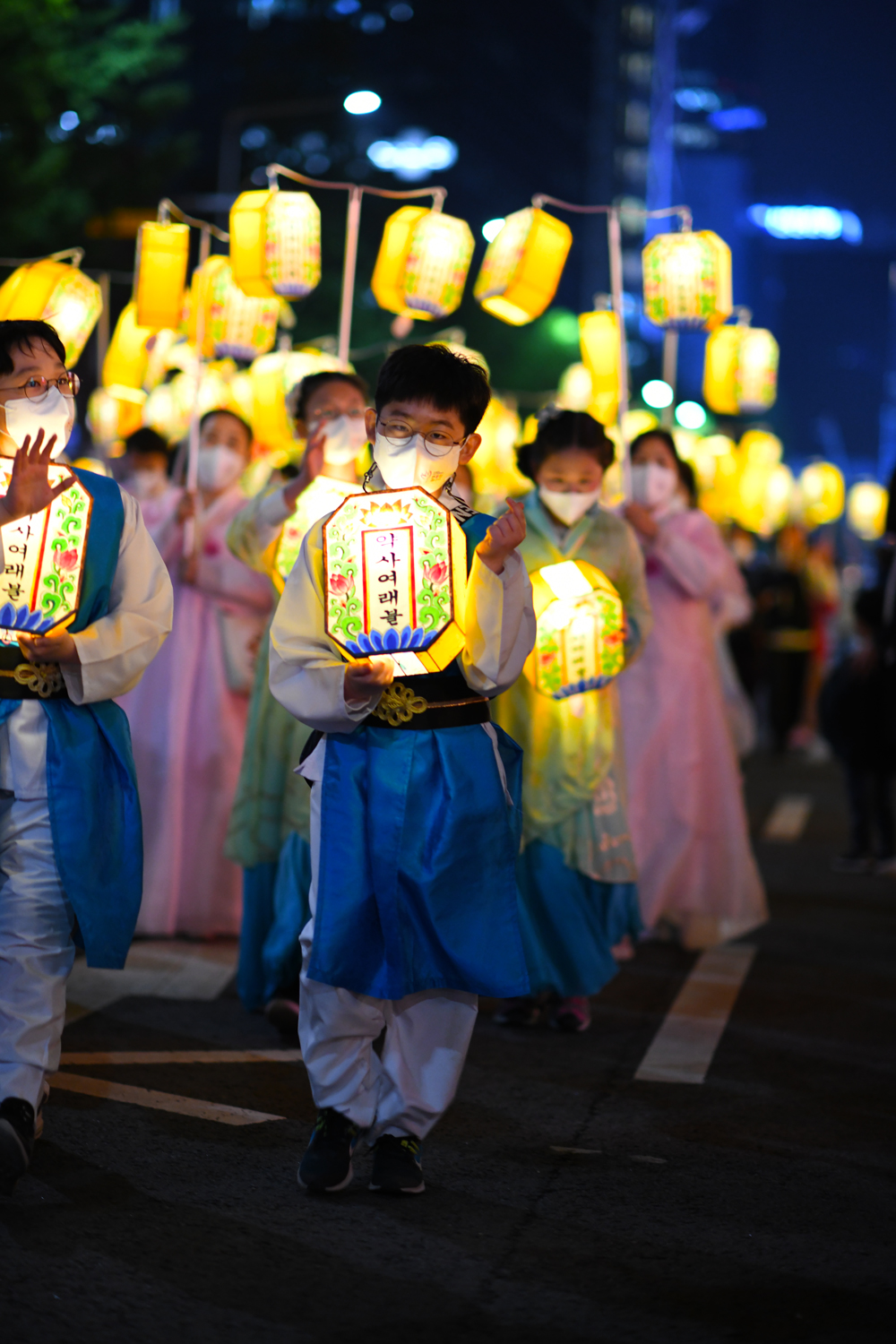 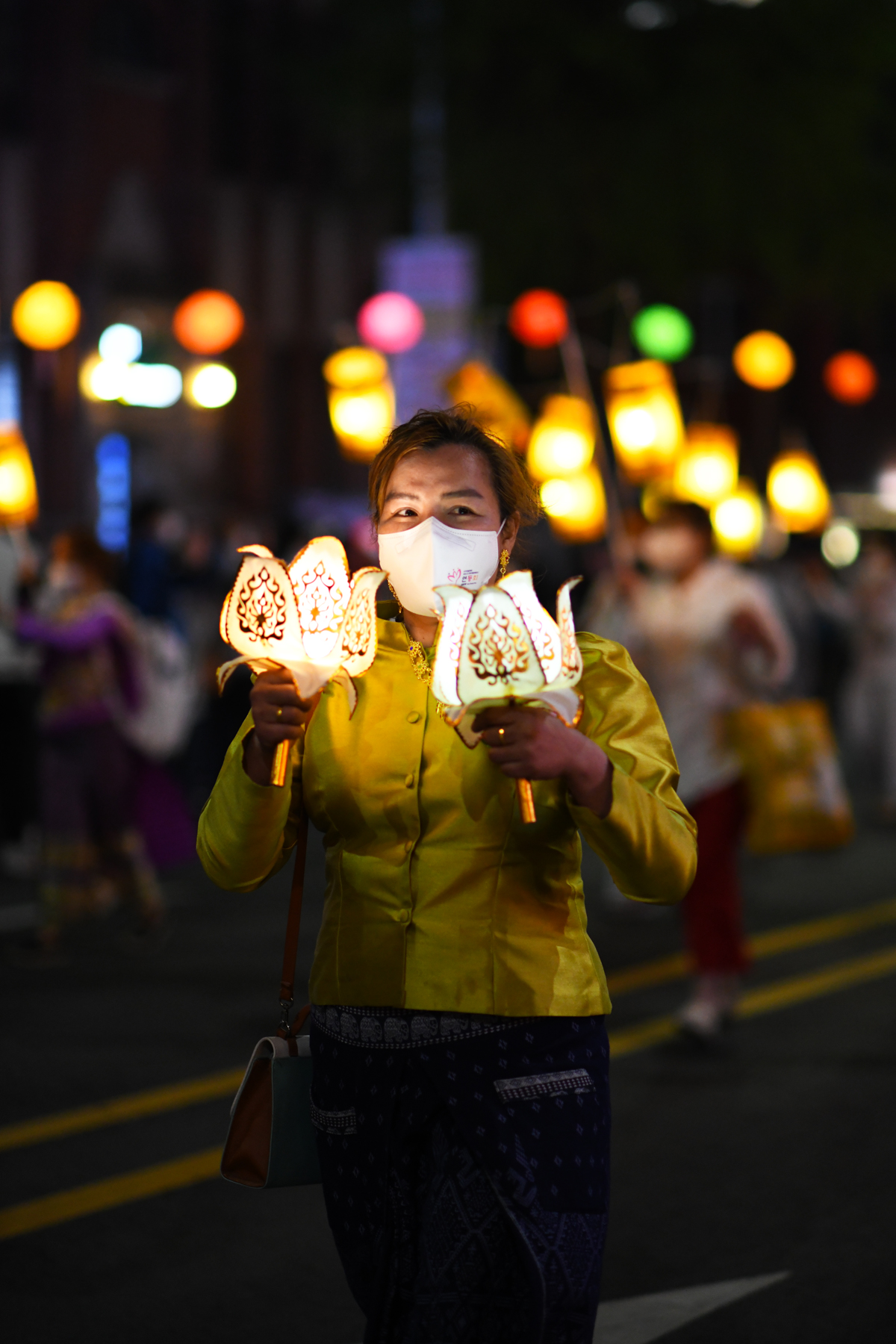 The highlight that attracts hundreds of thousands of visitors from home and abroad to the city of Seoul is the lantern parade. At 7 p.m. in the evening, as the city sinks into darkness, thousands of lanterns light up downtown Seoul in a three-kilometer-long parade that concludes at Jogyesa Temple. 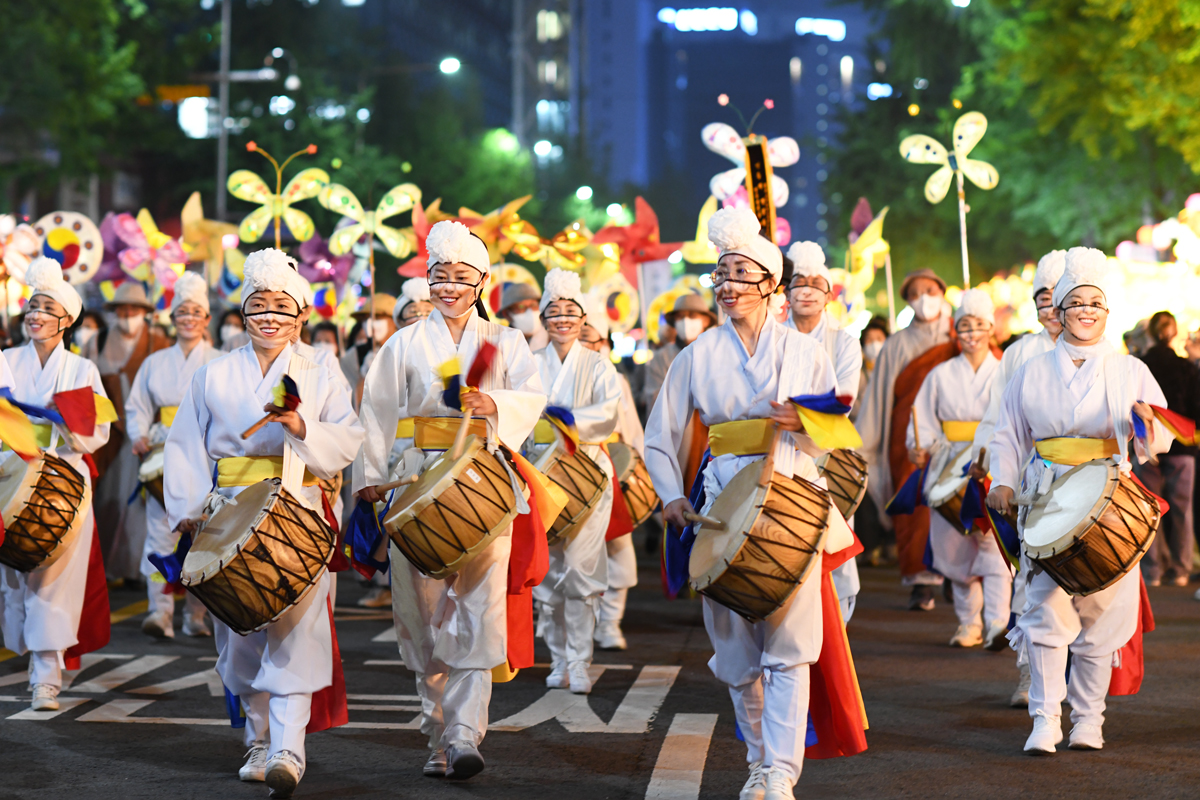 An indescribably magical moment. A light of happiness and peace. A light of prayer and hope.

Schauplatz Korea Magazine is not just an ordinary online magazine. People and their stories are in our focus. We are curious about places we visit, open to people we meet, and excited about what we see. We report unvarnished and real.