Médecins Sans Frontières (MSF) is an international, independent medical humanitarian organisation that provides medical assistance to people affected by conflict, epidemics, disasters, or exclusion from healthcare. Founded in 1971, MSF has commemorated its 50th year in 2021.

“It’s been 50 years since Médecins Sans Frontières (MSF) was started by an intrepid group of French doctors and journalists. Three hundred volunteers made up MSF when we started in 1971; half a century later in 2021, there are nearly 65,000 of us.

A lot has changed in 50 years. What has changed are the contexts. We see people living in poverty; we see communities excluded in places where we would never have imagined that MSF would have to work one day.

Also, we know that we don’t enjoy acceptance from all parts of society, as we might have done in the past. When we try to save lives on the Mediterranean Sea, we are penalised and accused of helping people-smugglers. Several times this basic human act, of helping others, has been criminalised and we have even been attacked.

What hasn’t changed since those first days is that we stand in solidarity with our patients. That medical action comes first, which aim to alleviate the suffering of those people who are most excluded from accessing medical care.

What makes us quite different from other organisations has always been our commitment to bearing witness and speaking out. It means we must have a sharp voice and political positioning, which may sometimes be best expressed by not talking at all. We also do advocacy at bilateral levels, where we meet people behind closed doors.

We know that our decisions come with political and financial costs. Our compass, however, still (and always will) guides us towards the needs of patients and how can we meet them. These are challenges we didn’t have 20 or 30 years ago. This is the reality of today.” 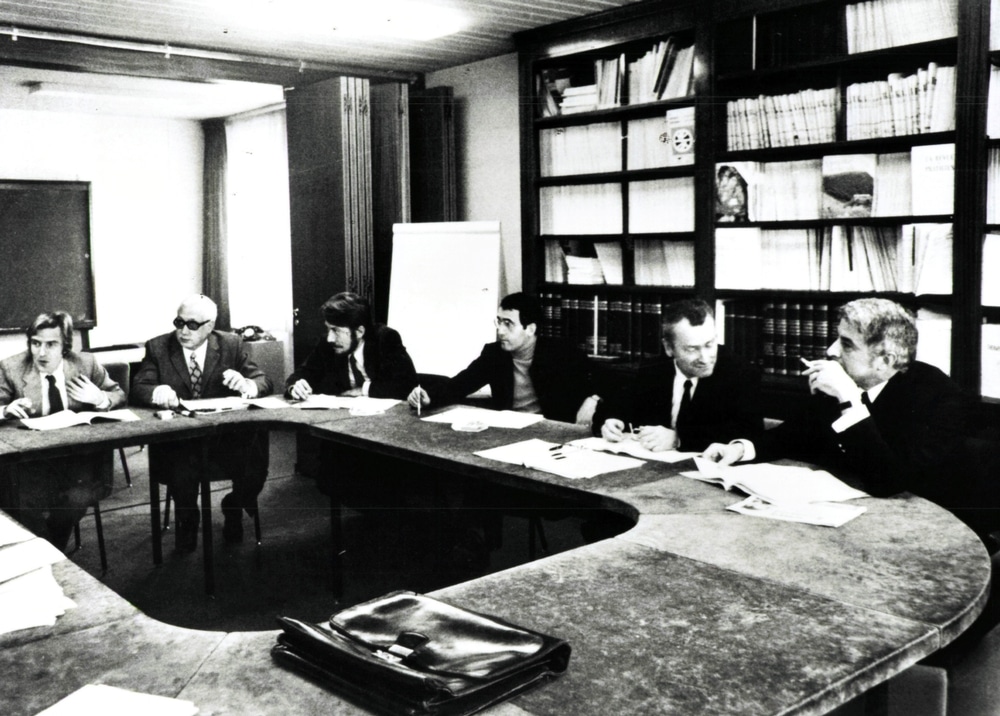 MSF was founded in 1971 in France by a group of doctors and journalists in the wake of war and famine in Biafra, Nigeria. ©D.R.

“It’s simple really: go where the patients are… At the time it was a revolutionary concept because borders got in the way. It’s no coincidence that we called it ‘Médecins Sans Frontières’.”_Bernard Kouchner, MSF Co-Founder 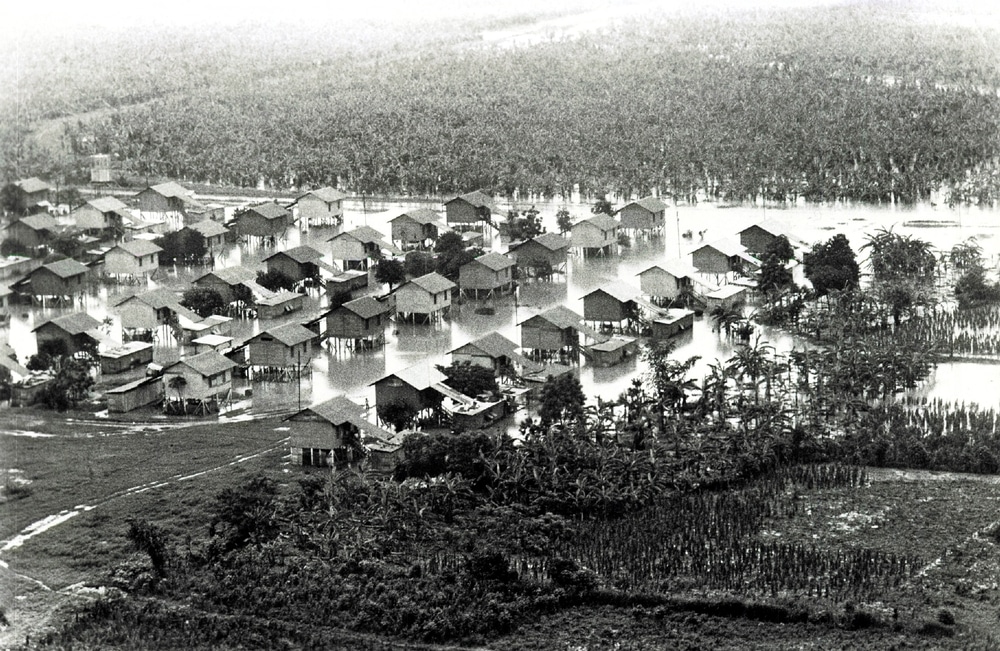 MSF’s first mission was in Nicaragua, offering medical support after a devastating earthquake killed between 10,000 to 30,000 people. MSF teams also went on to set-up a relief mission to help people in Honduras, after Hurricane Fifi caused major flooding and killed thousands of people.

In 1975 MSF set up its first large-scale medical programme during a refugee crisis – providing medical care for Cambodians seeking sanctuary from Pol Pot’s oppressive rule. As war broke out and ravaged Lebanon, MSF provided lifesaving care for war-wounded people in the conflict.

“We are here to demand protection for these civilians, these unarmed people.”_Claude Malhuret, President Of MSF, During The March for Survival of Cambodia, 1980 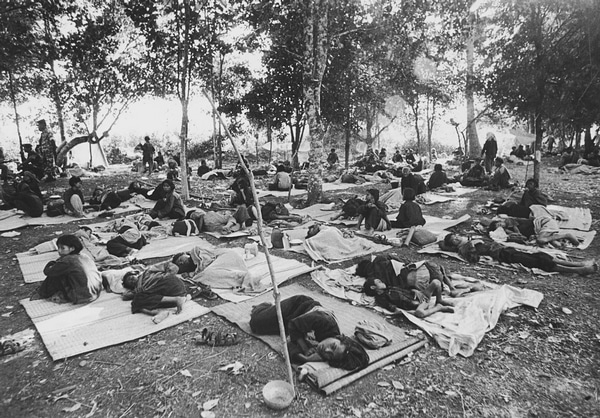 MSF’s medical activities continued to grow in the 80’s, as it initiated a medical response to the famine in Ethiopia, where they actively spoke out against the government who forcibly displaced people and diverted humanitarian aid. As a result, some of the teams were expelled from the country. 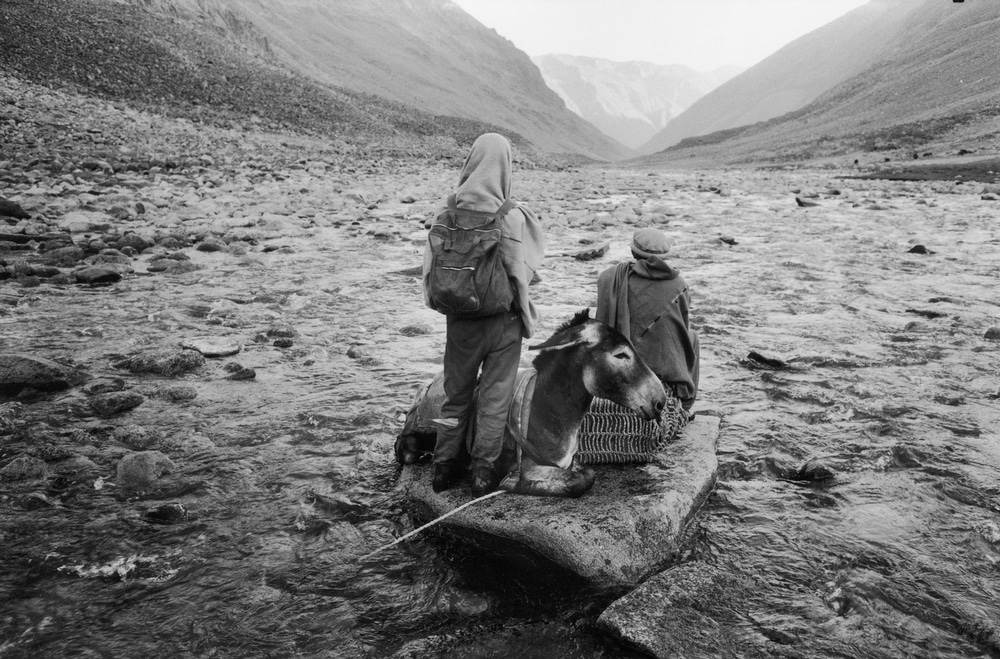 MSF teams crossing the river between Nuristan and Badakhshan. MSF teams responded surreptitiously in areas controlled by the Afghani resistance, which required up to three or four weeks to reach on foot, while carrying tons of medication on the backs of donkeys. Afghanistan, 1986. © Didier Lefevre 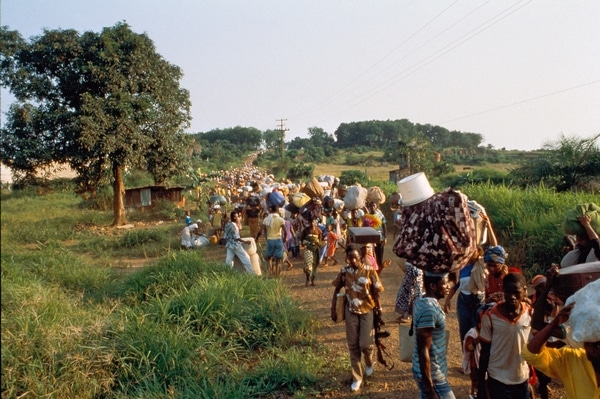 Following the outbreak of civil war in Liberia in 1989, thousands of Liberians fled the country for Côte d’Ivoire – MSF teams provided emergency care at the height of the fighting. Liberia, 1990. ©MSF

MSF provided a large-scale response after an earthquake in Armenia in 1988 killed more than 50,000 people and left hundreds of thousands injured. MSF also began medical activities in Afghanistan, Ivory Coast, Liberia and beyond.

“If nothing changes, I don’t know what we’re doing here. Without food, medical treatment is meaningless.”_Brigitte Vasset, MSF Medical Coordinator In Ethiopia, 1984 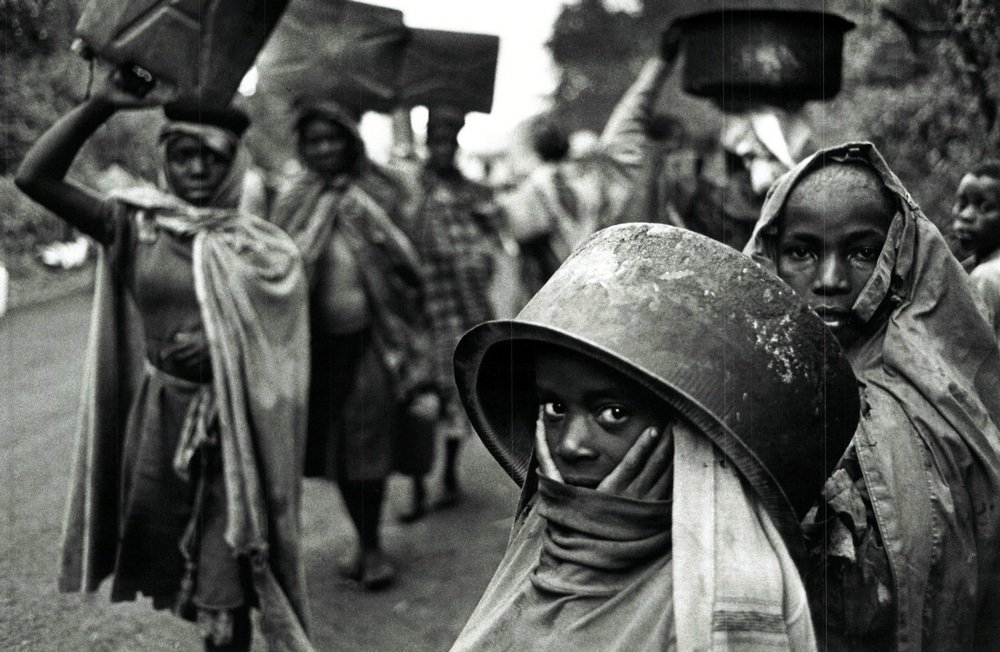 In July 1994, between 600,000 and one million Rwandan refugees arrived in Kivu, DRC. In response to the expected high mortality rates due to a lack of food and water, as well as a cholera outbreak, MSF teams provided medical care and clean drinking water. DRC, 1994. © Sebastiao Salgado 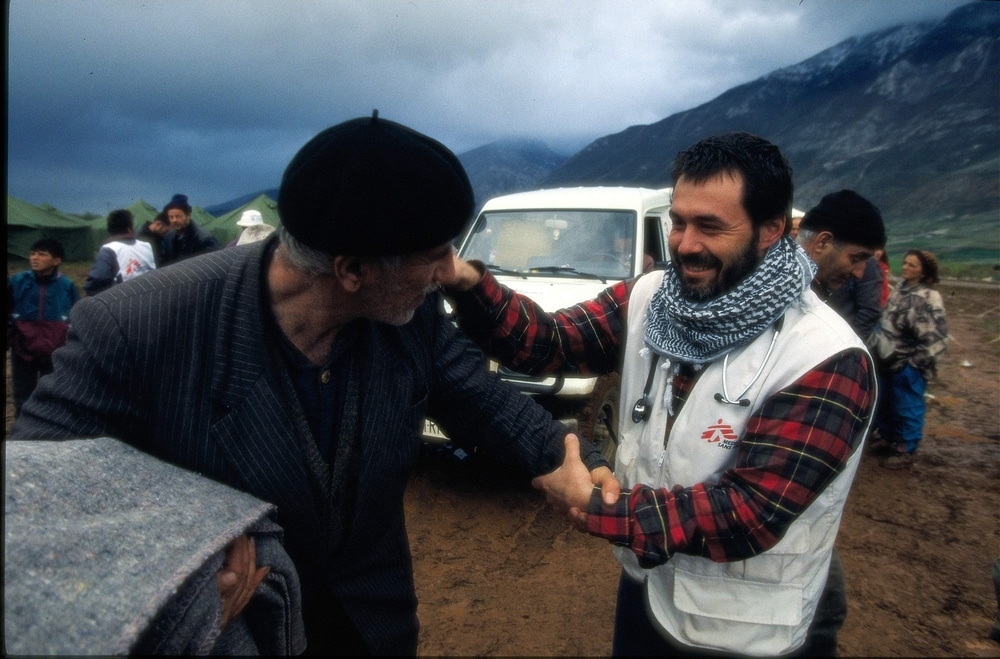 MSF teams delivered medical care and essential items to refugees from Kosovo in Albania. In 1998, Serbian police began attacking villages inhabited by ethnic Albanians. By the end of March 1999, as many as 300,000 Kosovans were driven out of their homes. Albania, 1999. ©Roger Job

As wars across the globe continued to wreak havoc on people’s lives, MSF teams responded to needs on numerous fronts. During the civil war in Yugoslavia, MSF provided healthcare and denounced the massacre of 8,000 civilians in Srebrenica, at the hands of Serbian troops.

MSF was also present during the genocide of 800,000 Tutsis and moderate Hutus in the Rwandan civil war, where it provided emergency medical care where it could. Powerless to the horrors they witness, MSF took an unprecedented decision on 18 June 1994, and requested an international military intervention – “Doctors cannot stop a genocide”. 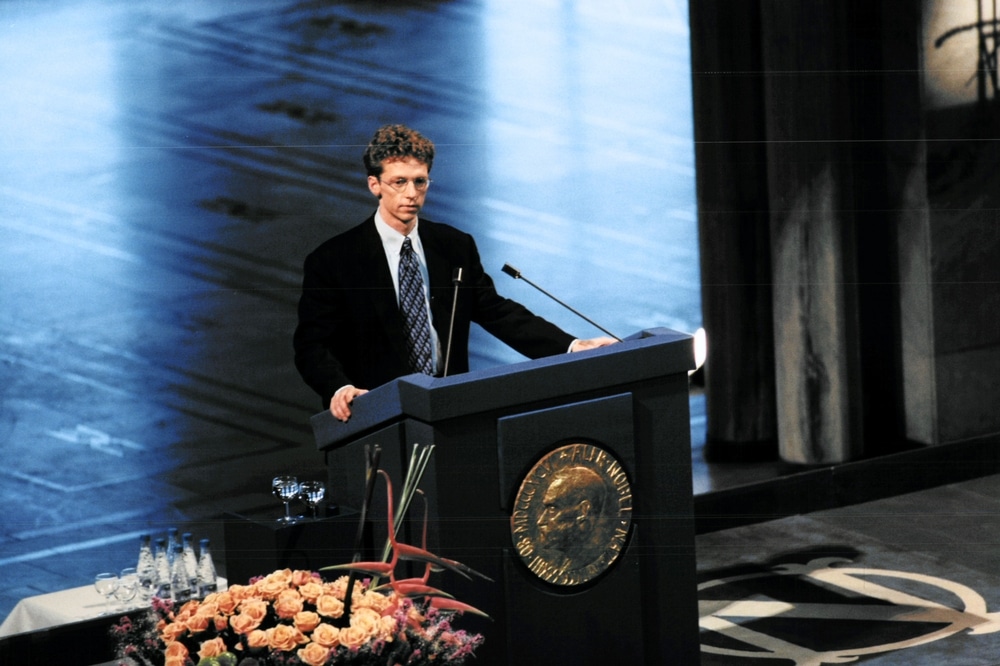 MSF was awarded the Nobel Peace Prize in 1999 in recognition of its pioneering humanitarian work around the world. Norway, 1999. ©Patrick Robert

In 1999 MSF was awarded the Nobel Peace Prize. The judges chose MSF “in recognition of the organisation’s pioneering humanitarian work on several continents”. The proceeds from MSF’s Nobel Peace prize award were used to set up The Access Campaign, designed to break down policy, legal, and political barriers that block access to medicines for patients in MSF projects and beyond.

“The only decent position was to break completely with humanitarian neutrality and call for military intervention against the perpetrators of the genocide.”_Jean-Hervé Bradol, MSF Project Coordinator In Rwanda, 1994 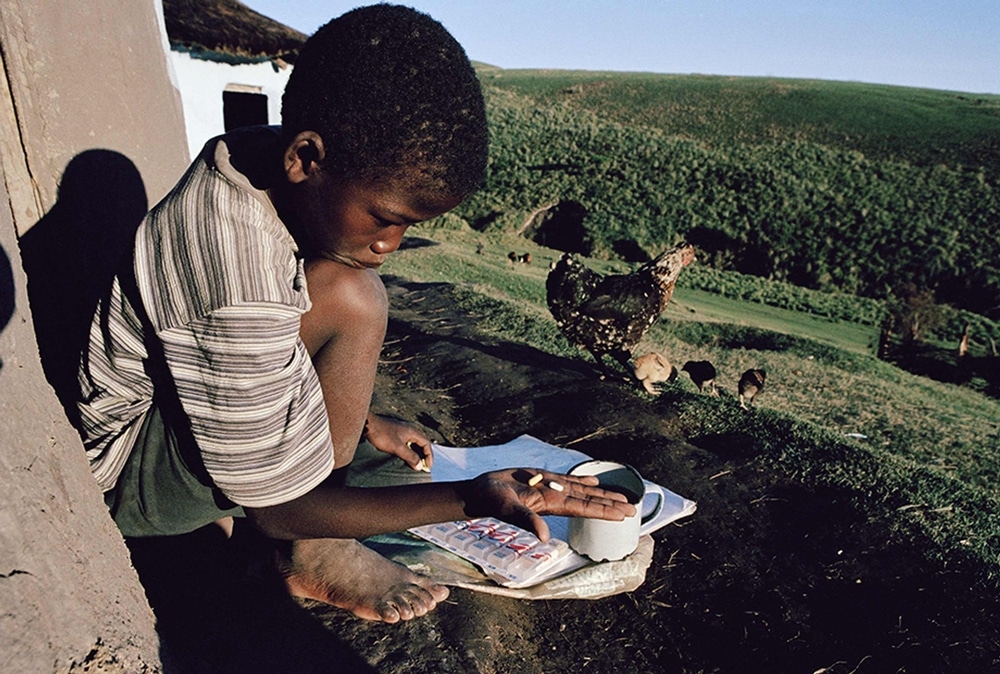 A child checking his AIDS medication. In 2002, MSF teams implemented the pilot programme ‘mother to child transmission’ (MTCT) in Khayelitsha, South Africa, which in effect prevented several hundreds of babies from being born with HIV. South Africa, 2002. ©Gideon Mendel

MSF teams started treating people living with HIV with antiretroviral therapy in seven countries. MSF also continued to tackle the deadly effects of malaria across Africa, while continuing to provide healthcare and medicine during a famine in Angola. 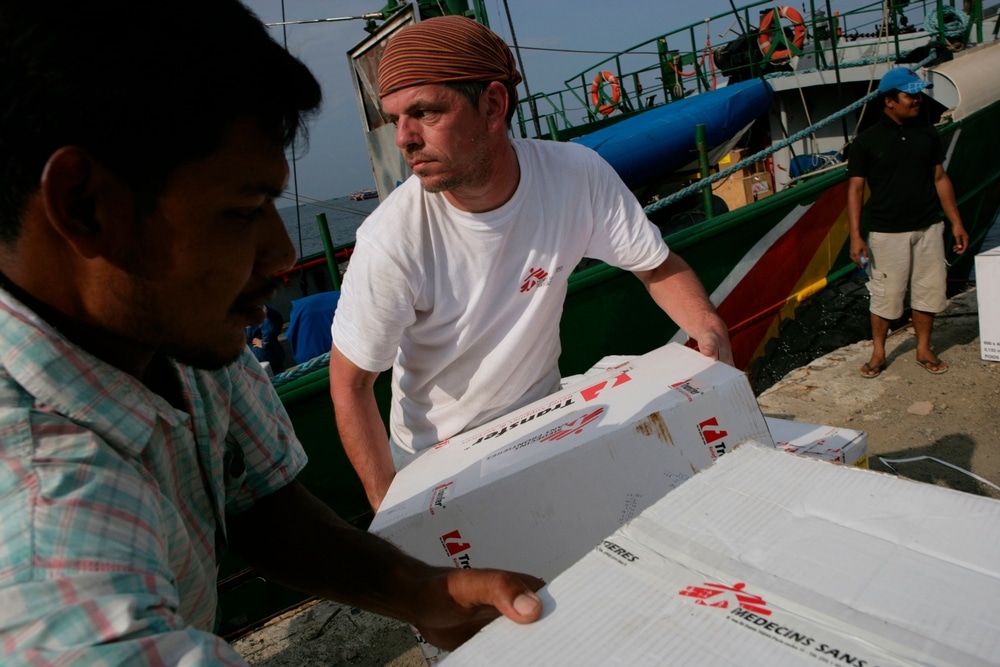 MSF teams carried out an emergency response in remote villages along the coastline of Banda Aceh following the earthquake and tsunami that struck the Indian Ocean countries. Indonesia, 2005. © Francesco Zizola/NOOR 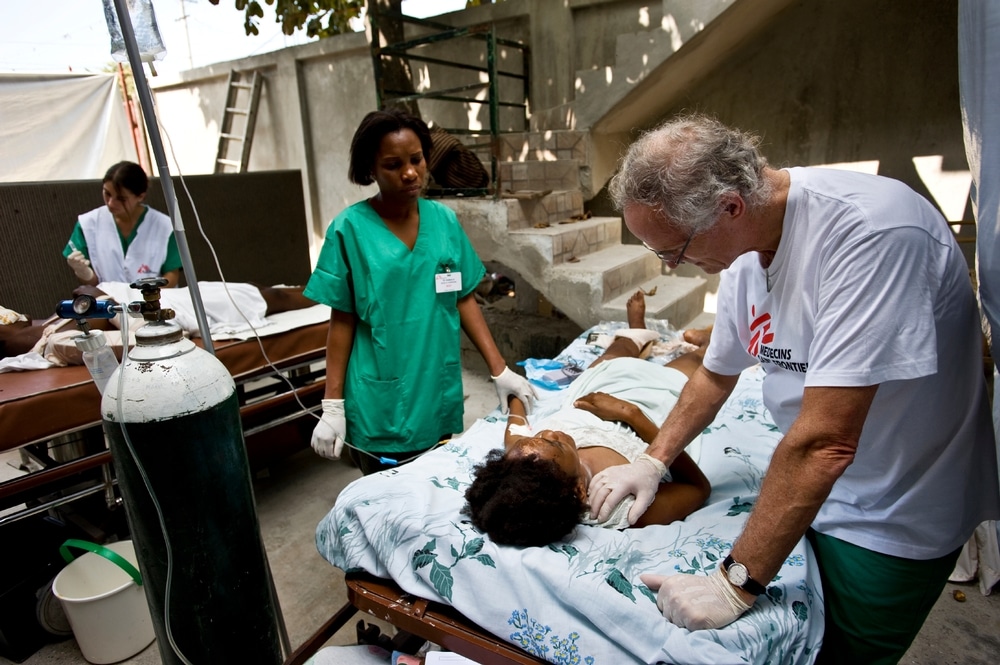 A surgery makeshift area outside the building of the Carrefour hospital in Haiti after the deadly earthquake in Haiti in 2010. MSF teams were some of the first responders to the earthquake. ©Julie Remy

In 2002, MSF began working in Italy, providing medical care to people crossing the Mediterranean to Europe in Lampedusa reception centre. Meanwhile we provide medical care for those affected by war and conflict, namely in Iraq, Afghanistan and Sri Lanka. In addition, MSF teams were some of the first responders after the Tsunami in South-East Asia and the deadly earthquake in Haiti in 2010.

“Stop these attacks. We will not leave patients behind. And we will not be silent. Seeking or providing healthcare must not be a death sentence.”_Dr. Joanne Liu to The United Nations Security Council 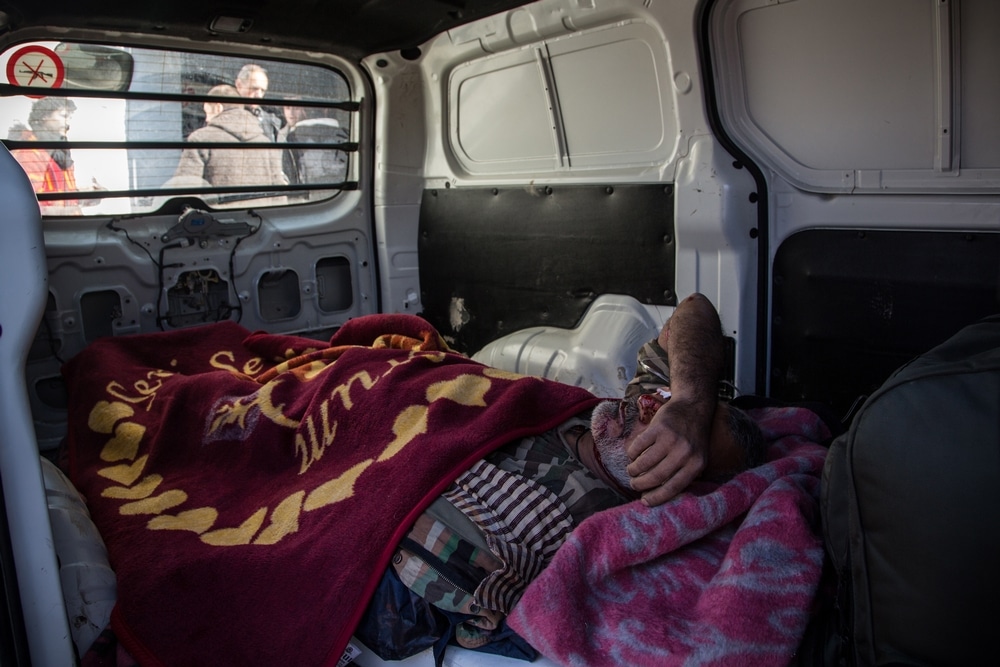 A man injured in a firefight is prepared for transfer to Turkey for further treatment in an MSF ambulance after receiving treatment at a hospital in northern Syria. Syria, 2013. © Nicole Tung 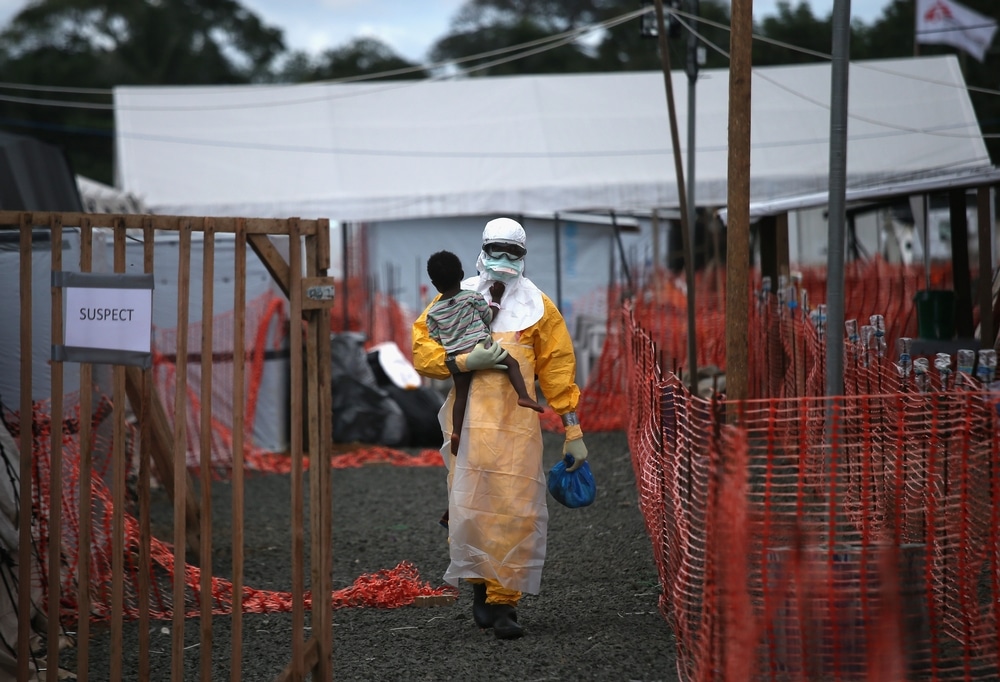 As the Arab Spring erupted across the Middle East and North Africa, MSF responded to multiple conflicts, particularly in Syria, Yemen and Iraq, where MSF worked throughout the decade, providing emergency and specialised care.

This decade also sees MSF fighting against deadly disease outbreaks and epidemics across the world such as measles and cholera. Between 2014-2016 in West Africa, MSF led the response to the largest Ebola epidemic in history, where the disease infected more than 25,000 people and claimed more than 11,000 lives. 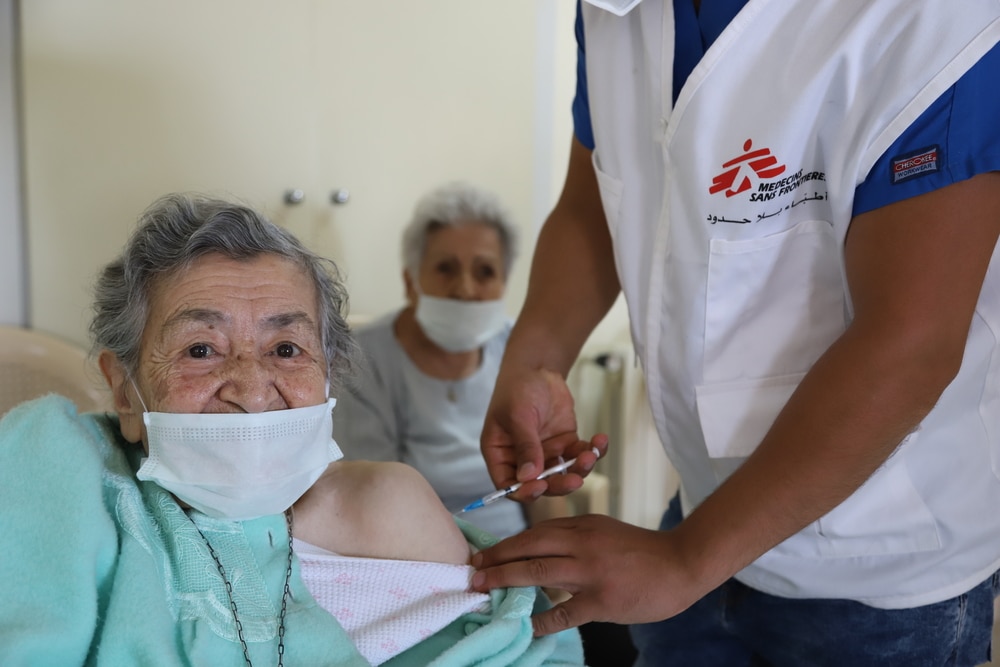 With the outbreak of the COVID-19 pandemic in 2020, MSF mobilised teams across the world, including Europe, leading it to work in more than 80 countries at the peak of the year.