Bearing witness to human suffering and raising awareness for neglected crises around the world is a core responsibility of Médecins Sans Frontières (MSF) Korea. In December 2017, MSF will host its first-ever film festival in Seoul – FILMS WITHOUT BORDERS 2017!

At FILMS WITHOUT BORDERS 2017, MSF will screen four critically acclaimed documentary films at arthouse MOMO in Ehwa Women’s University in Sinchon. The event will span three days, bringing in an anticipated audience of over 1,200 people.

MSF Korea is calling for official sponsors of FILMS WITHOUT BORDERS 2017, until Tuesday, October 31st. It is seeking corporate and community leaders who raise its brand image and spread the value of humanitarian medical activities through a partnership with this special public event. Funds generated by the film festival will go directly towards MSF’s medical humanitarian aid activities in over 70 countries worldwide, and sponsors/partners will not only make a direct impact on MSF’s patient beneficiaries, but also help raise awareness amongst the Korean community for humanitarian engagement.

If you are interested in sponsoring this film festival and/or MSF’s humanitarian activities, please do not hesitate to contact Hanna Shin, Partnership Specialist at hanna.shin@seoul.msf.org/ +82 (0)2 3703 3573/ www.msf.or.kr. 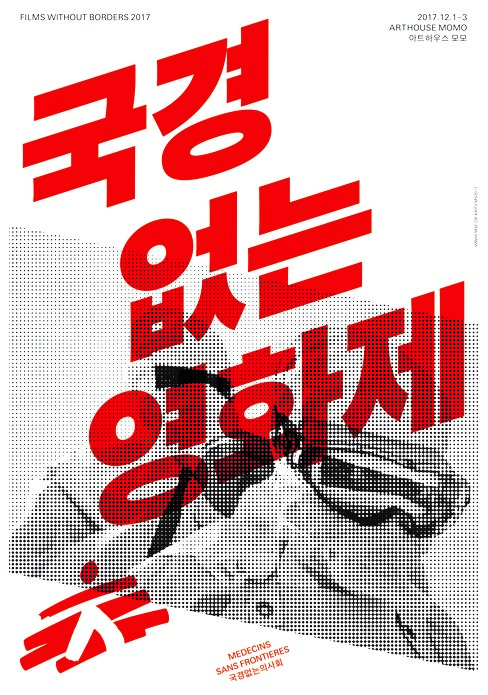