Seoul Mayor Park Won Soon officially opened Seoullo 7017 at the opening ceremony held on May 20. Among the guests were Dutch Architect Winy Maas who led the design from a bridge for cars to a park-on-a-bridge for pedestrians. Other invitees at the ceremony included EU Ambassador H.E. Michael Reiterer, Dutch Ambassador H.E. Lody Embrechts as well as the ECCK Chairman Dimitris Psillakis and ECCK President Christoph Heider. The ECCK is excited for the opening of a new leisure park Seoullo 7017 for Seoul citizens. 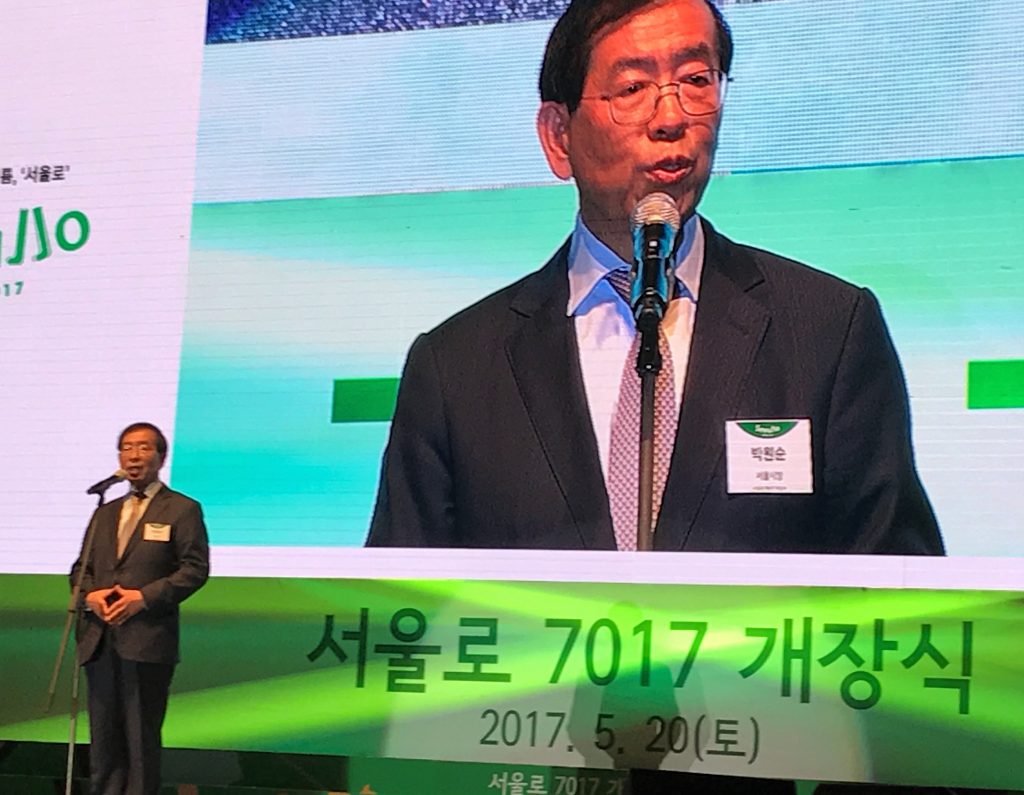