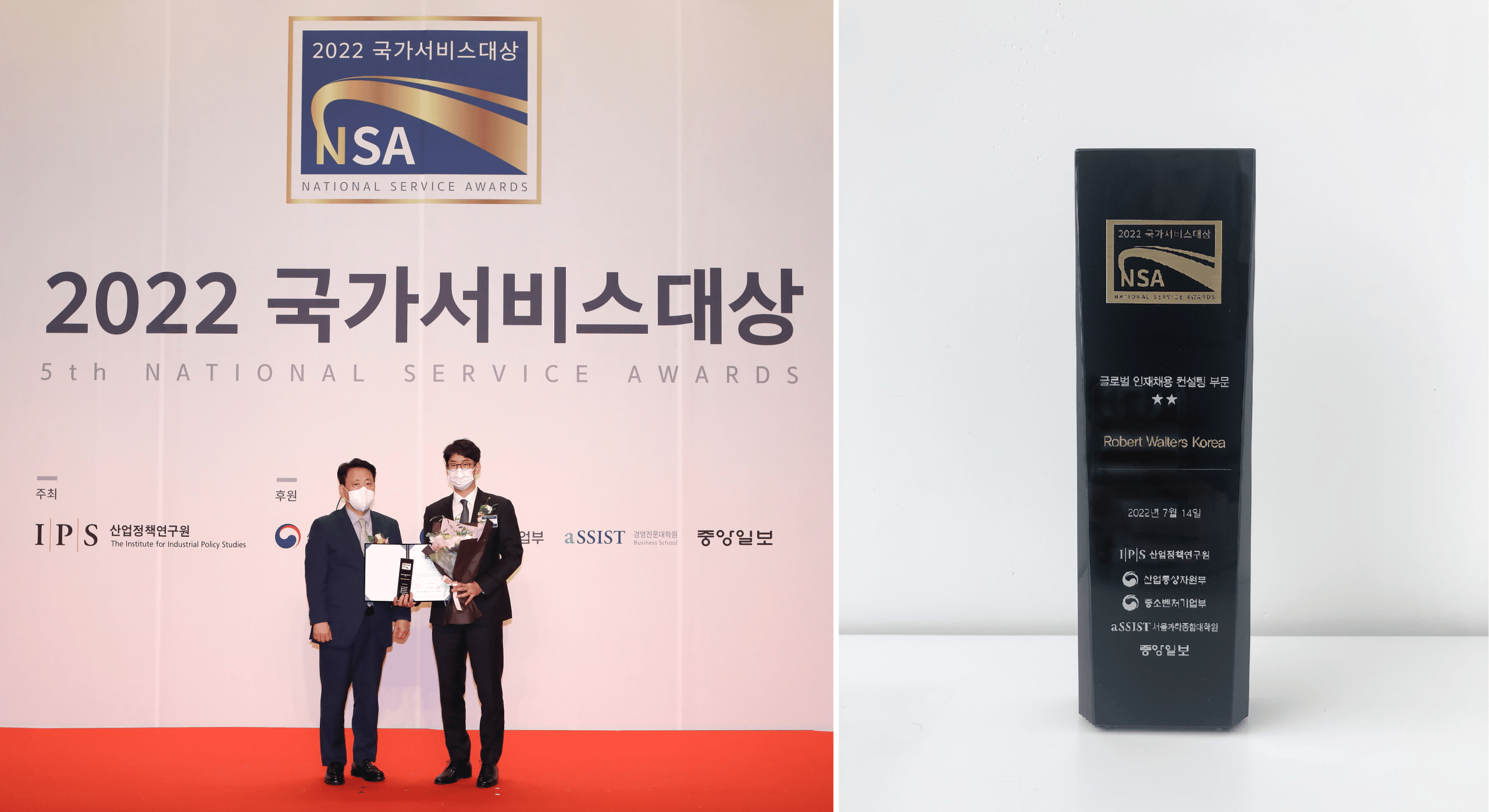 Specialist professional recruitment firm Robert Walters Korea was awarded the Global Talent Recruitment Consulting Grand Prize at the ‘2022 National Service Awards’ for the second consecutive year in recognition of its commitment to provide high-quality specialist recruitment services. The ‘2022 the National Service Awards’ is organised by The Institute for Industrial Policy Studies and sponsored by Joongang Ilbo, the Ministry of Trade, Industry and Energy and the Ministry of SMEs and Startups.

Established in 1985, the Robert Walters Group now operates in 32 countries with over 3,000 employees around the globe to help build careers of the world’s leading professionals. Embodying innovation, vision, and leadership in the global recruitment market, the Group is committed to achieving client and candidate success by providing a consultative and non-prescriptive approach to recruitment. Established in Seoul in 2010, Robert Walters Korea has continuously grown to become a market leader specialising in permanent recruitment solutions across a wide range of professional disciplines. Tapping into knowledge and networks accumulated in the past decade, Robert Walters Korea has been devoted to building long-term, trusted partnerships and believes in delivering service that is second to none.

Robert Walters extends its service to create a positive impact on society. Each year, all global offices simultaneously hold a “Global Charity Day” where employees plan activities to raise money to support local charities and NPOs. To support female empowerment during International Women’s Day 2022, Robert Walters Korea donated to the Korea Foundation for Women through charity walks and fundraising events. As part of its efforts to encourage the recruitment of future talents, Robert Walters Korea has continuously participated in job fairs and career forums to provide on-trend market insights and career advice for job seekers.

JunWon Choi, Country Manager at Robert Walters Korea, remarked, “We are deeply honoured to have been chosen for the National Service Awards for the second year in a row. As a world-leading specialist professional recruitment consultancy, we will continue to provide the best talent recruitment service and promote socially responsible business practices.”