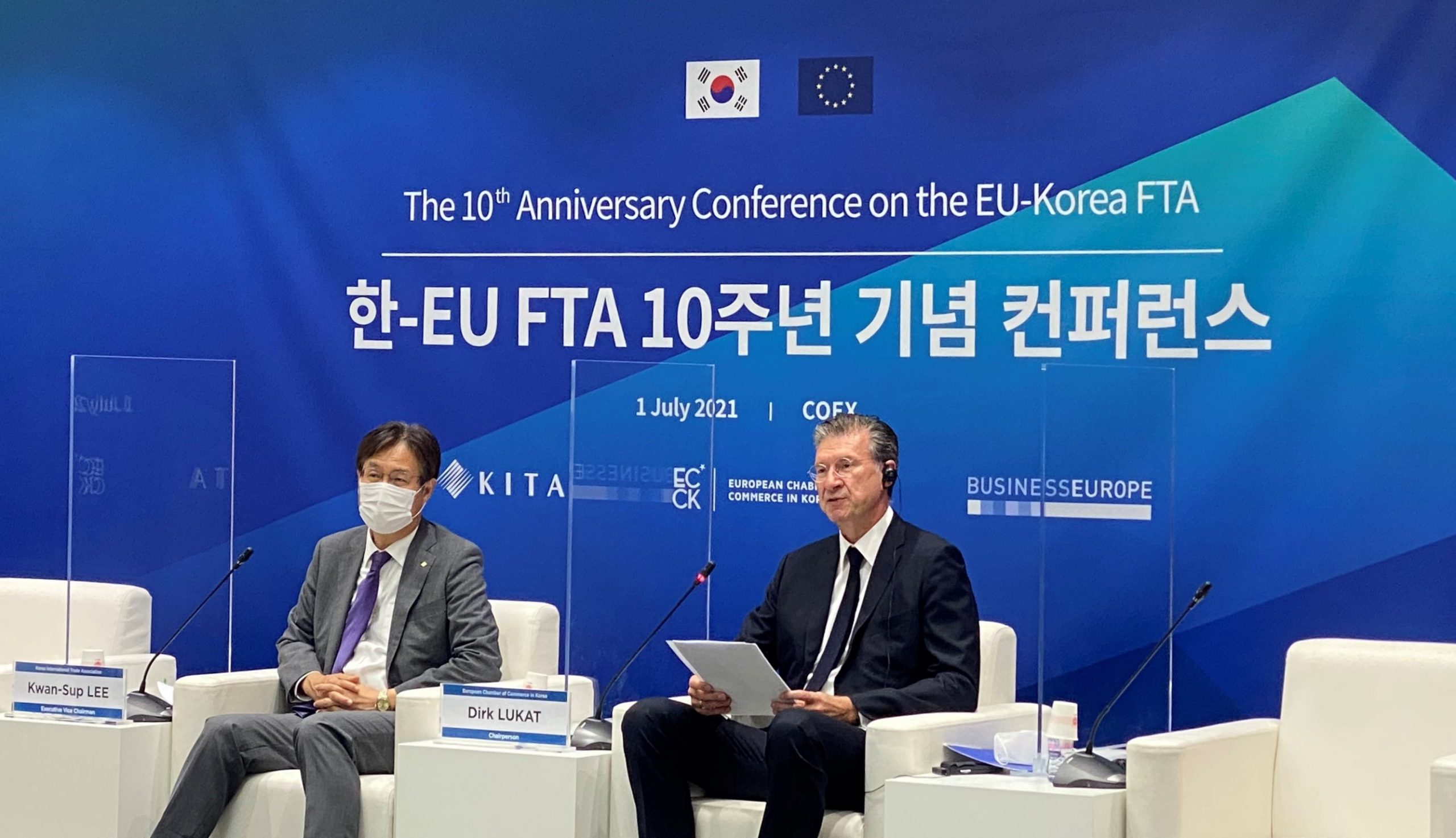 The European Chamber of Commerce in Korea (ECCK) hosted ‘The 10th Anniversary Conference on the EU-KOREA FTA’ in cooperation with the Korea International Trade Association (KITA) and BusinessEurope on July 1, 2021.

Commemorating the 10-year anniversary of the EU-Korea FTA, the online conference was organized to recognize milestone achievements and discuss the next step of the EU-Korea partnership. Moreover, it was joined by industry experts and academics from both Europe and Korea.

The conference opened with welcoming remarks from the co-hosts in Korea, ECCK and KITA. In his welcoming speech, Dirk Lukat, Chairperson of ECCK and CEO of Schenker Korea, said “Today, 10 years ago was notable for many reasons. The EU-Korea Free Trade Agreement was provisionally applied, which at that time was considered the most comprehensive trade agreement the EU had ever signed. Aside from being the first FTA to be signed with an Asian nation, the FTA was often referred to as the first next-generation FTA.”

“In simple words, the EU Korea FTA is certainly a good one that brought numerous benefits to the EU and Korea. While increasing trade and investment, the FTA has strengthened the strategic partnership between the two partners. Furthermore, the FTA improved the Korean economy’s transparency and credibility,” he added.

Following the opening session, the keynote speeches were delivered by Dr. Hyun-jung Je, Director of Center for Trade Studies & Cooperation at KITA and Markus Beyrer, Director General at BusinessEurope. 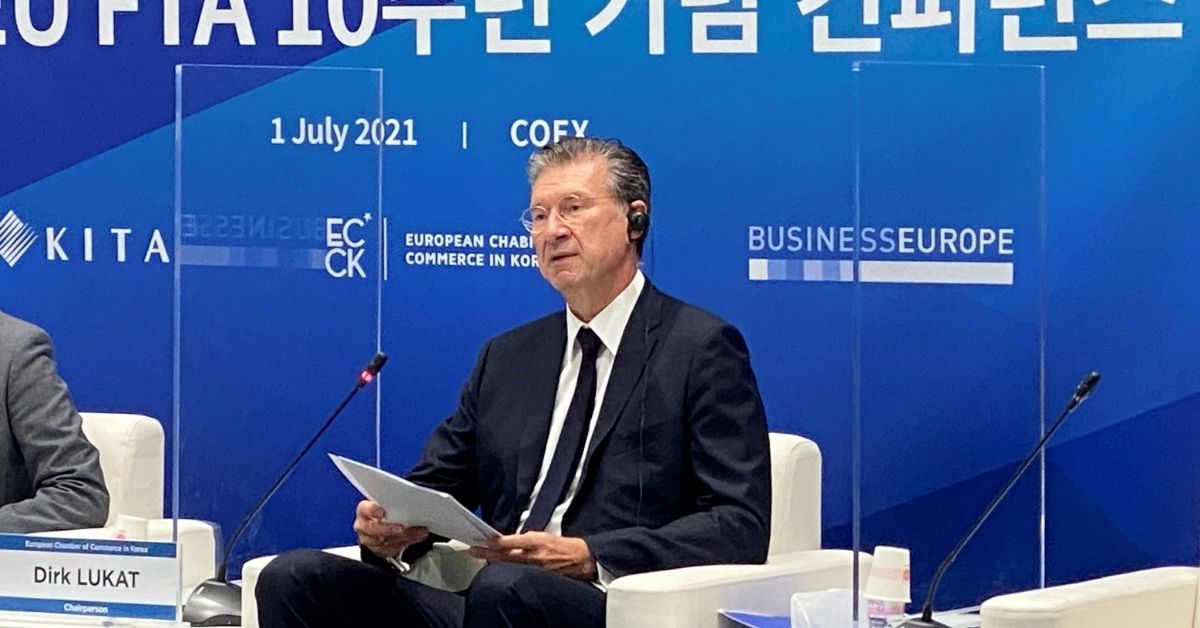