Business groups in South Korea sent congratulatory messages to President Moon Jae-in on Wednesday, urging the new leader to rejuvenate the nation’s economy by eradicating unnecessary regulations and normalizing the government’s role in the face of rising protectionism.

The foreign business community in Korea urged for continued close ties and economic partnerships in the import and export sectors, expressing the hope that the new administration would boost efforts to establish more transparent policies when dealing with non-Korean companies.

“President-elect Moon Jae-in, we believe in your strong leadership to implement changes which are fair and transparent, that further enhance the security and confidence of Korea’s economy,” said Dimitris Psillakis, the chairman of the European Chamber of Commerce in Korea and CEO of Mercedes-Benz Korea.

“Europe and Korea have long been close economic partners and I believe this partnership will continue to strengthen to ensure prosperity of our nations in the years ahead,” he continued. “I look forward to your further contribution for a better society with (a) stronger and growing economy in the future.” 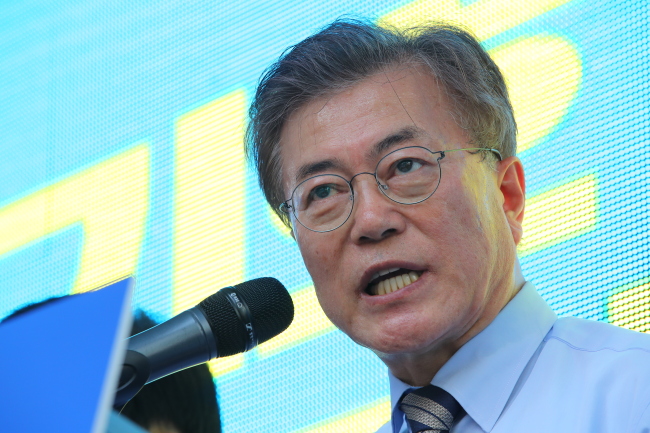