[THE INVESTOR] Following the ouster of former President Park Geun-hye and the election of President Moon Jae-in, some foreign investors in Korea have heaved a sigh of relief in anticipation that the country’s economic instability during the turbulent political times will finally begin to normalize.

Foreign-invested firms make up 20.9 percent of the nation’s total exports and 5.7 percent of jobs. Of these firms, roughly 2,500 are European companies operating in Korea.

Dimitris Psillakis, president and CEO of Mercedes-Benz Korea, was named the new chairman of the European Chamber of Commerce in Korea in February. In his first few months in office, Psillakis said he is confident that the nation’s economy under President Moon will be promising. 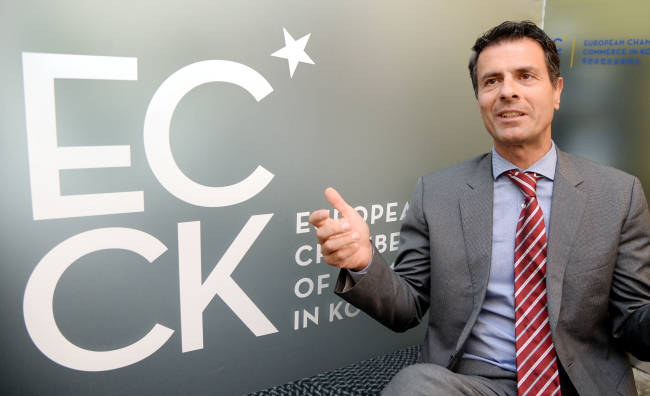