We are pleased to share that after our discussion with Foreign Investment Ombudsman Kim Sung Jin, the directives of Seoul Metropolitan City and Gyeonggi Province requiring mandatory COVID-19 tests for all foreign workers will be corrected. The official announcement from the Korean government will be released soon.

Since the government’s administrative order on mandatory PCR tests for foreigners has been made, ECCK has been actively communicating and raising the foreign business community’s concern with the Korean government and the office of Foreign Investment Ombudsman. ECCK will share the details with our members once they are available.

*NEW ANNOUNCEMENT*: Seoul City government announced on March 19 that it will correct the administrative order on mandatory PCR test for foreign workers issued on March 17 after the Central Disaster and Safety Countermeasures Headquarters requested the withdrawal of the order. The corrected order stated that foreign workers as well as Koreans at high-risk workplaces must undergo PCR tests by March 31. Read More: Seoul city corrects administrative order on mandatory PCR tests for foreign workers – European Chamber of Commerce in Korea (ecck.or.kr) 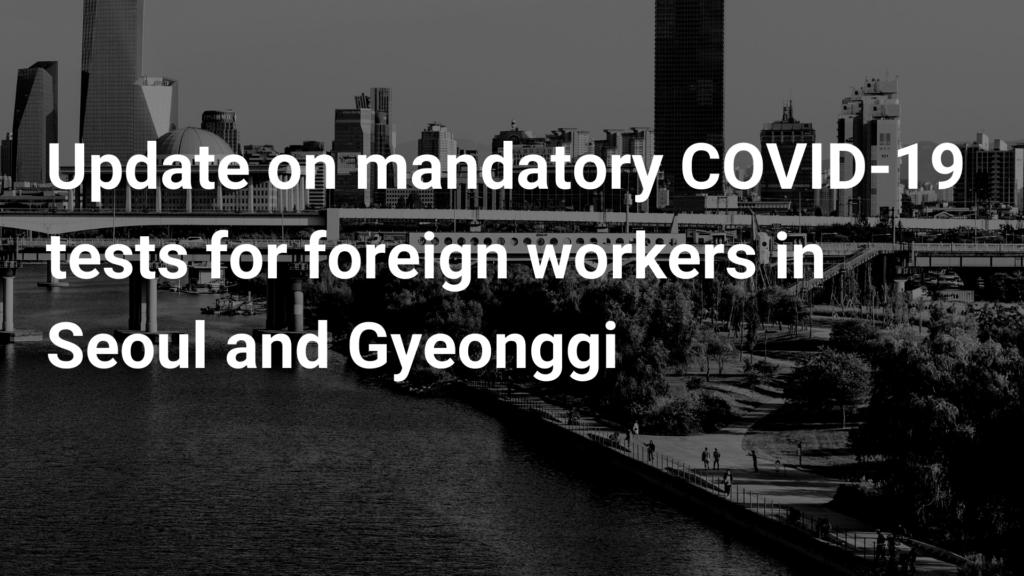