ECCK President Christoph Heider attended a ‘2017 Foreign Investment Advisory Council Meeting’ on June 8. Park Won-soon, Mayor of Seoul, came to meet with the members of the Foreign Investment Advisory Council (FIAC) to exchange information about the “Pledges of Seoul for Clean Air”. The meeting started with a tour on Seoullo 7017, the new overpass-turned-park, followed by an in-depth presentation on the pledges of Seoul city. At the meeting, Mr. Heider from the ECCK, along with Ms. Jooyoun Kim from Procter & Gamble and Mr. Jin-Chul Lee from Korea Foreign Company Association, were introduced to the council as the new members. The ECCK became a member of the FIAC in April 2017.

Foreign Investment Advisory Council, the sounding board to the Seoul Metropolitan Government, has been providing feedback and advice on foreign investment policies since its establishment in 1999. The Council meets twice a year to candidly discuss what can be done to improve the city’s environment to attract foreign investments. 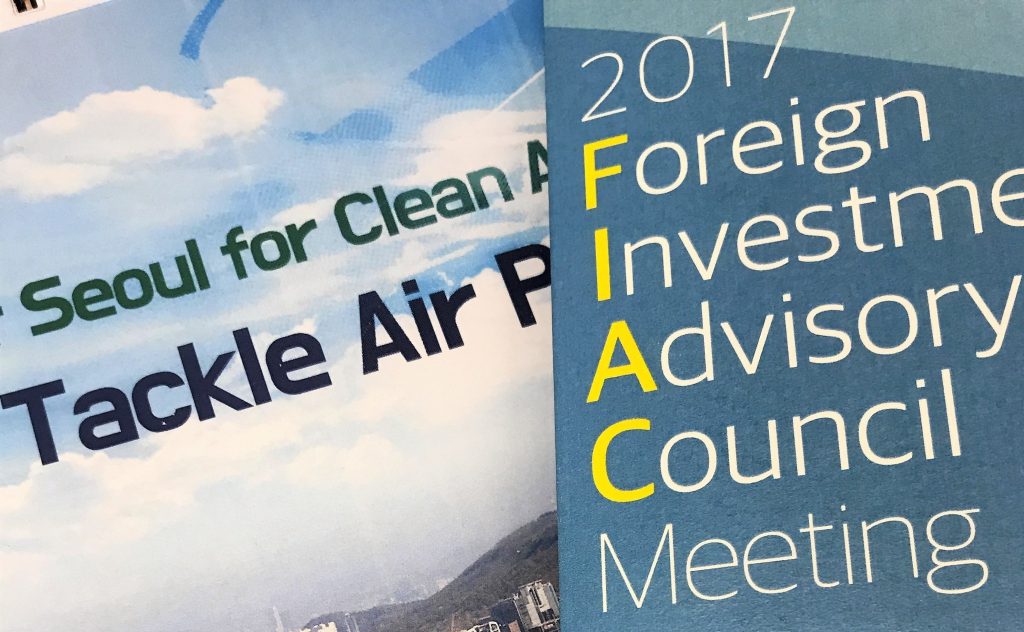