On June 24, the European Chamber of Commerce in Korea (ECCK) in cooperation with Hankuk University of Foreign Studies (HUFS) successfully hosted an academic symposium on the topic of “A decade of Korea-EU FTA: Looking back, looking forward”.

The symposium was held very timely as the 10th anniversary of the Korea-EU FTA is to come on July 1, 2021, which marks the date when the Korea-EU FTA was provisionally applied. The symposium was opened by Professor and Director of the Jean Monnet Centre of Excellence Si-Hong Kim followed by speeches from the Ambassador of the European Union to the Republic of Korea H.E. Maria Castillo Fernandez, Chairperson of the ECCK and CEO of Schenker Korea Dirk Lukat, former ROK’s Ambassador to the EU, Vice Foreign Minister (ret) and Senior Adviser at Kim & Chang Ahn Chong-ghee, who all shared their insides what the FTA has brought to the business, people and society.

The whole symposium was recorded and can be found HERE: [ECCK-HUFS] A decade of Korea-EU FTA: Looking back, looking forward. 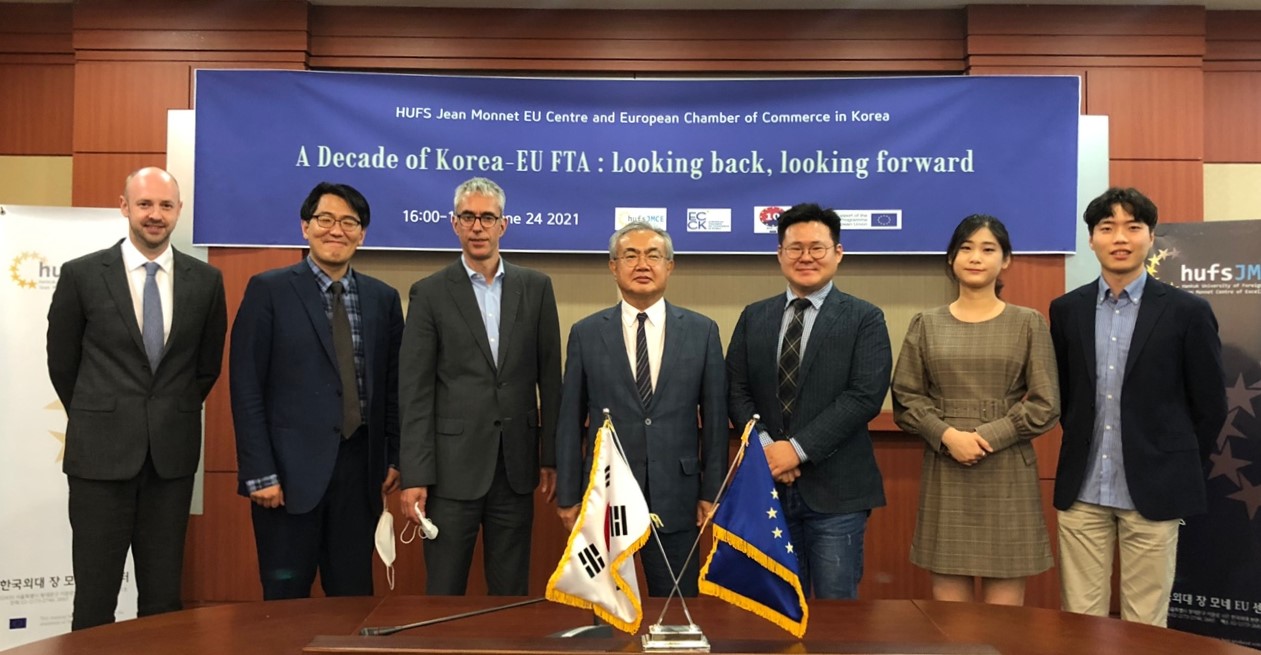