Last December, the ECCK has organized the second annual meeting of the European Business Organisation Worldwide Network ASBL (EBOWWN) in Seoul. Participants were representatives of close to 30 European Chambers operating in the Americas, Africa, Asia, Australia and Europe including the EBOWWN Chairman Renato Pacheco Neto.

Economy Chosun had conducted an interview with Mr Neto at the ECCK Office during his stay in Seoul. Mr Neto shared his views on the economic outlook of the EU. In contrast to the rising concerns that Brexit and US President-elect Trump’s protectionism would possibly weaken the EU’s economic power, Mr Neto said that it is very unlikely that the EU’s economy will be significantly affected since the EU has already built stable relationships among its member countries as well as with the US. He also mentioned that Korea will remain a promising business partner for the EU due to its corresponding values on democracy and transparency as well as its role as a bridge to connect the rest of other Asian countries.

To read the article, please click the link below: 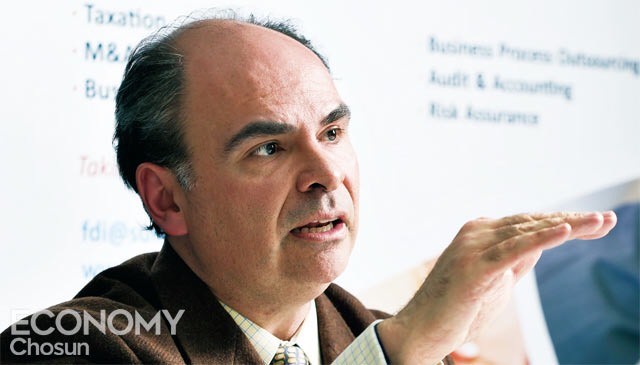 Posted in All News, ECCK in the Media, ECCK News, Members & Partners.
Share