The city of  Seoul awarded the ECCK Secretary General Christoph Heider honorary citizenship on October 28. The presentation ceremony was held at Sejong Center of the Performing Arts, attended by Seoul Mayor Park Won-soon with over 200 guests including family and friends of 21 honorary citizens who have made singular contributions to the city’s development. 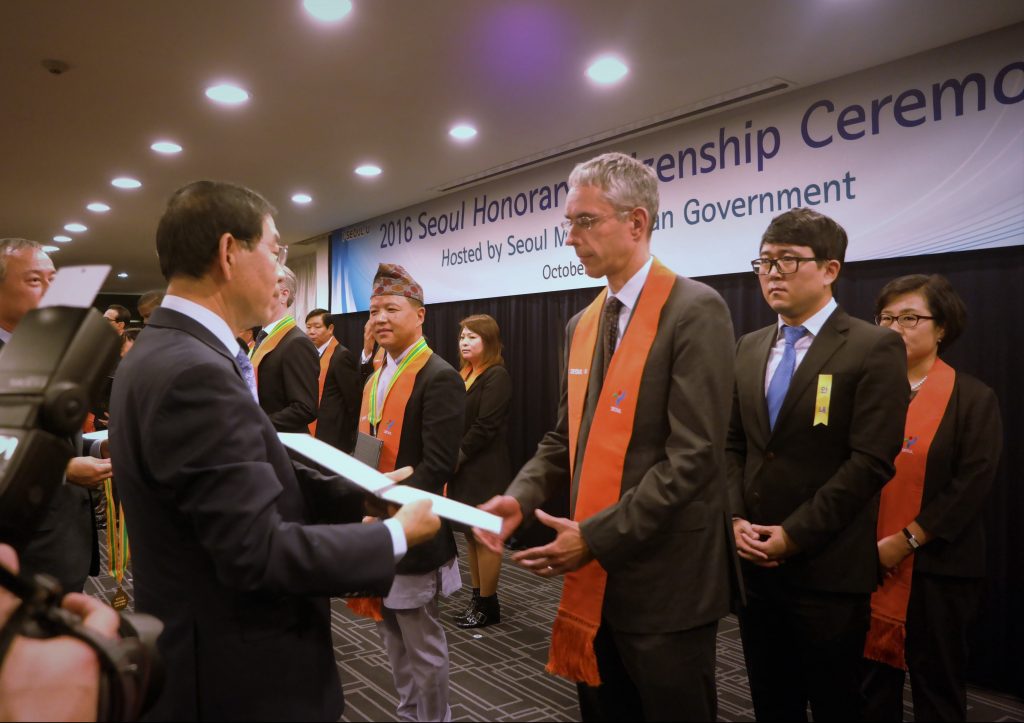