On October 25, the Ministry of Foreign Affairs with the Organization for Economic Cooperation and Development (OECD) hosted a seminar to commemorate the 20th anniversary of Korea’s joining of the OECD. The ECCK Secretary General Christoph Heider participated as a presenter of the day’s event, discussed on the economic achievements Korea has made over the past two decades and long-term challenges confronting its economy. The seminar was joined by more than 150 government officials, economic experts, and OECD representatives, including the OECD Secretary-General Angel Gurria. 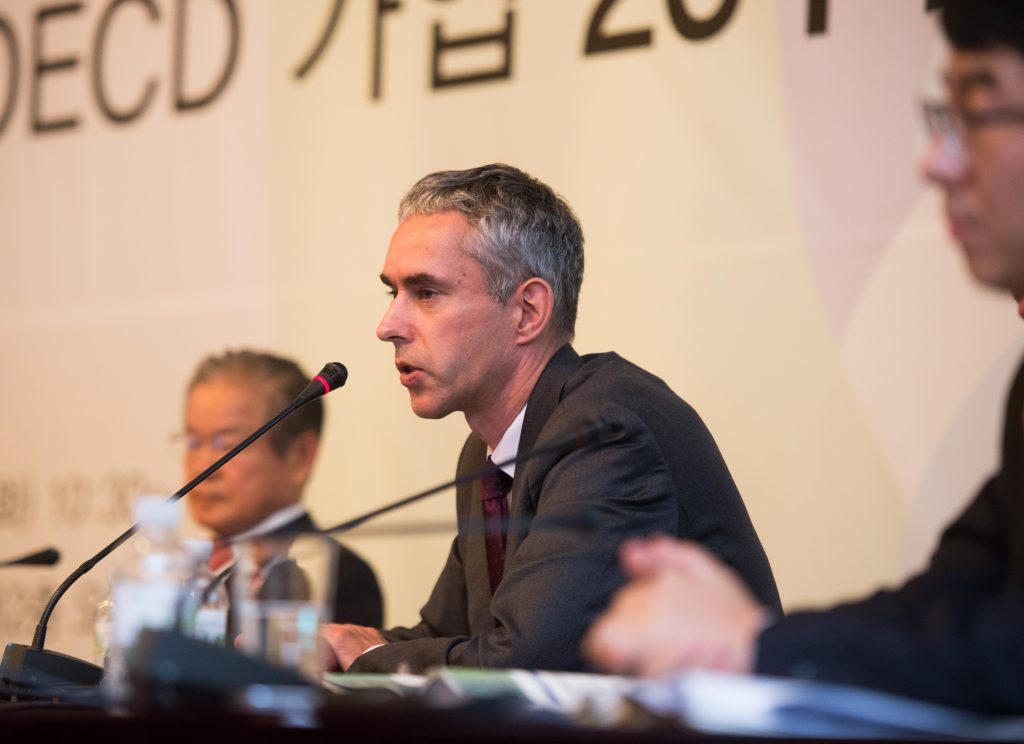