In the afternoon of June 28, ECCK hosted a roundtable meeting with the Ministry of Food and Drug Safety (MFDS) at Seoul Square. ECCK invited its Food/ Beer, Wine & Spirits (BWS)/ Kitchen & Home Appliances committee members and the trade officers from European countries to the session.

Mr. Ki Young Ki from the Ministry of Food and Drug Safety Import Policy Division gave an informative presentation to the participants regarding the Amendment of Enforcement Rule of the Special Act on Imported Food Safety Control, which was announced on May 23, as well as new amendment draft planned to be announced in early July 2019. Also, a Q&A session was followed by the presentation.

We would like to express our appreciation to Mr. Ki for his presentation and all the attendees for their support. For more pictures click here. 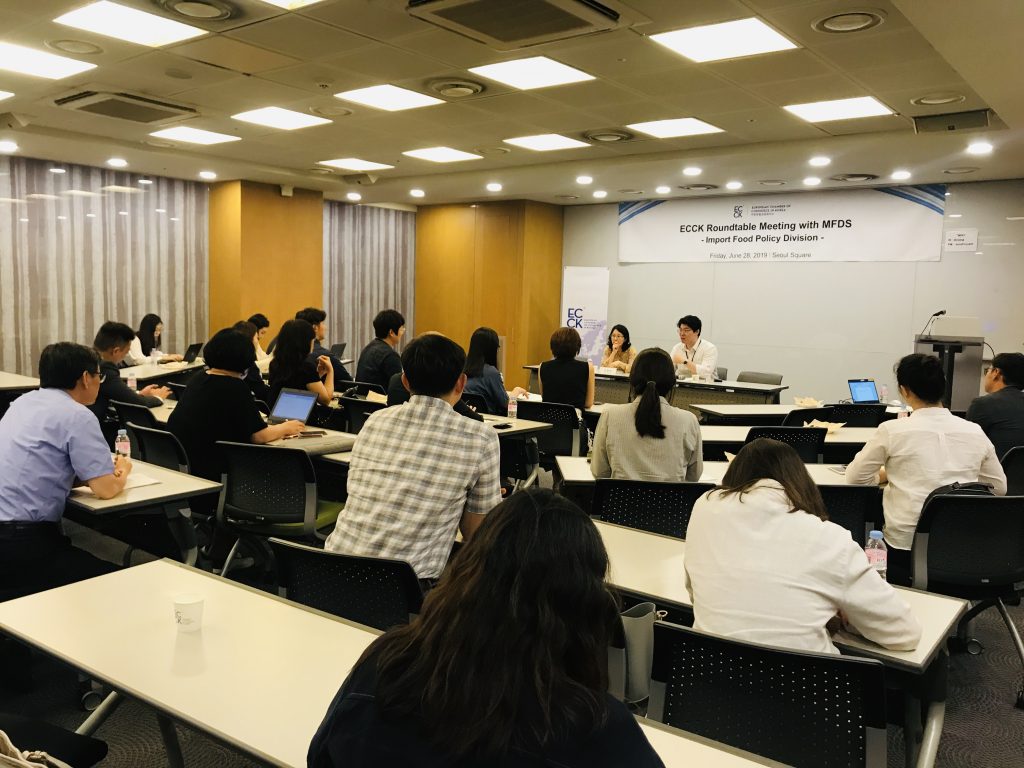